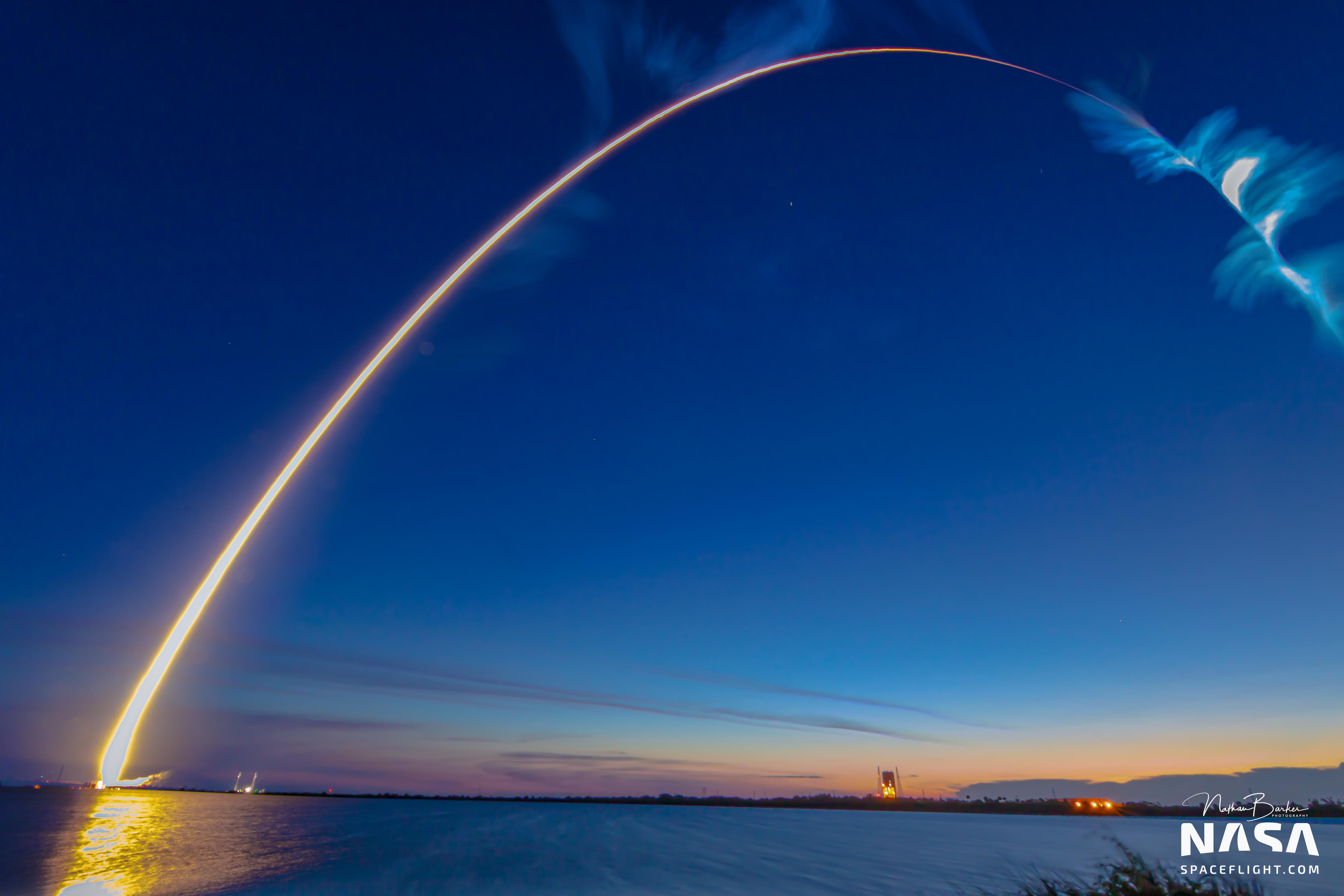 Just one week after launching a SpaceX Falcon 9 and a United Launch Alliance Atlas V rocket in less than 35 hours of each other, the 45th Space Wing of the U.S. Air Force has provided an update to their goal of supporting a significantly increased launch rate from the Florida spaceport – with a prime focus on how safety and support play key roles in this initiative.

Part of this drive is the pending requirement that all launch vehicles have Autonomous Flight Termination Systems by 2023 – including NASA’s forthcoming SLS rocket.

Launching once a week on average:

The overall goal of the 45th Space Wing to drive to a capability of supporting at least 48 launches a year was considered a stretch goal a few years back.

Now, that capability is here, with the Range demonstrating last week how they can support rapid turnaround of assets for two launches from the Florida spaceport in a short period of time.

Speaking to reporters Thursday, Col. Mark Shoemaker, Commander of the 45th Operations Group, related that “one a week is the average we’re aiming for.  Obviously, we might have situations like last week where we do two in 35 hours, and then maybe the next week – like right now – we have none.”

Col. Shoemaker noted that with next week’s pending Delta IV Medium+ launch, the Eastern Range and 45th Space Wing will have supported four launches in four weeks – hitting their “one per week” average in the overall goal to drive to 48 launches a year.

When asked by NASASpaceflight of SpaceX’s goal of launching up to 100 times a year from Florida as put forth in their environmental assessment for Starship construction at LC-39A, Col. Shoemaker said, “I wouldn’t say we can’t support that.

“A few years ago, 48 [launches a year] was the stretch goal.  We haven’t experienced that yet, so to say we can’t do that? I wouldn’t say that.  It depends on the missions, and we’re working with the community to make sure we can launch [when needed].”

But underlying the anticipated launch rate is the utmost adherence for safety to land, sea, air, and people.  Those are the first and foremost components to supporting any operation that occurs on the Cape Canaveral Air Force Station and the Kennedy Space Center.

To that end, a critical component of the “Drive to 48” is maintaining the strict safety standards mandated by the government and diligently upheld by the 45th Space Wing while increasing the launch rate.

And almost all of that work takes place well in advance of launch day. 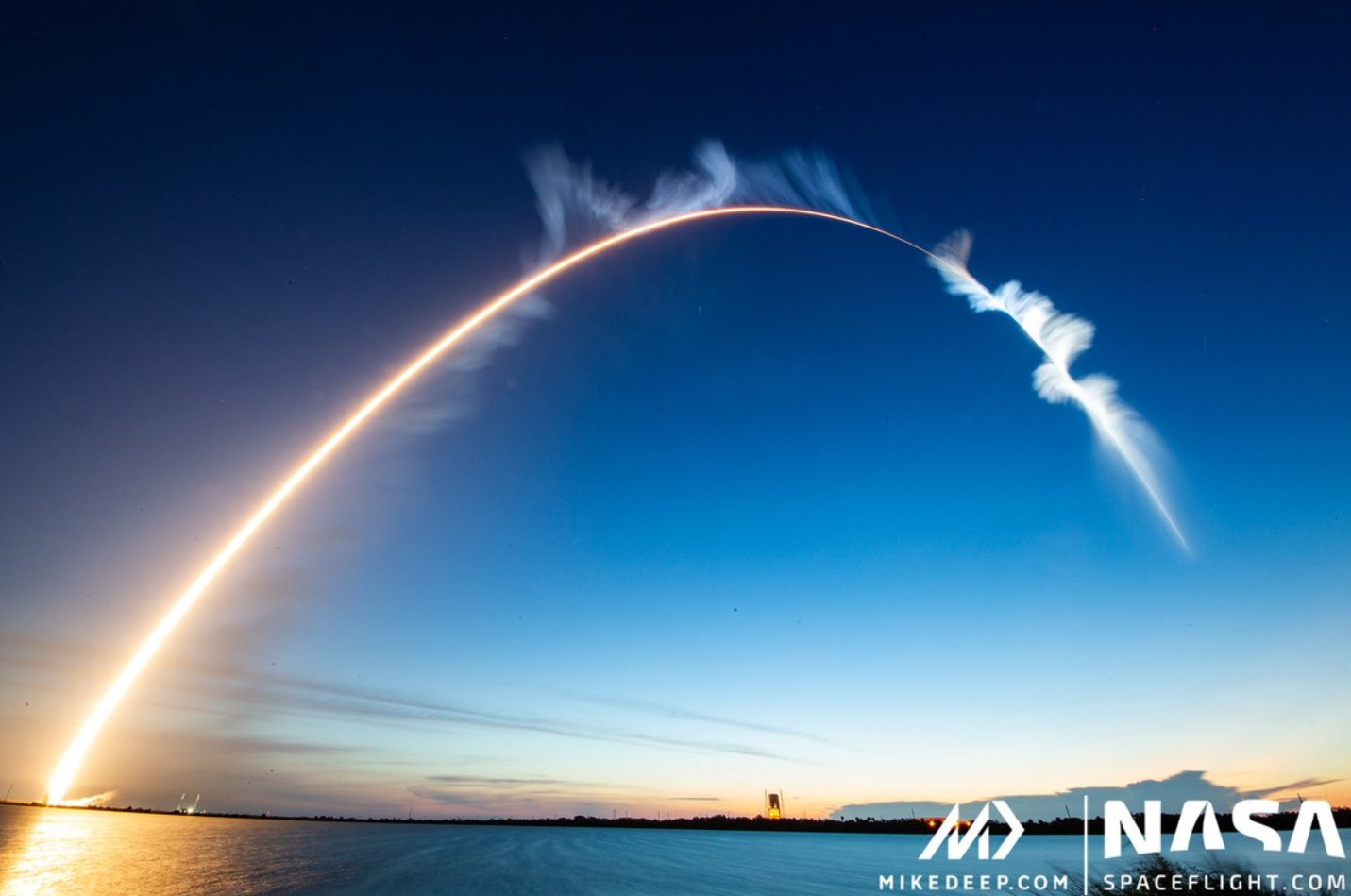 He and his team are responsible for developing each mission’s specific flight rules and trajectory boundaries as well as assessing day-of launch weather to determine each mission’s day-of Blast Danger Area (BDA).

The BDA is the area of the Cape where no personnel are allowed during launch for safety reasons in the event of a launch failure that scatters debris and toxic matter.

Each rocket’s BDA can fluctuate on launch day based on ground winds, and Mr. Rosati’s team is responsible for overseeing those – as well as numerous other – aspects.

Those other aspects include all of the pre-mission planning that must take place for safety regulations – including building the mission-specific data loads that are turned over to each launch provider and uploaded to the vehicles.

For SpaceX, this includes building the trajectory boundaries that the AFTS (Autonomous Flight Termination System) logic uses to know when to destruct a Falcon 9 if it flies off course.

They are also the trajectory boundaries that the manual FSS operators use for Atlas V and Delta IV rockets to know when to manually flip the destruct command switches in the event one of those rockets flies off course.

And the difference between those two systems – automated and manual – is striking from a time perspective.

“An AFTS, or the AFSS (Autonomous Flight Safety System) as we call it, saves 50% of the time and cost compared to manual systems,” stated Mr. Rosati. 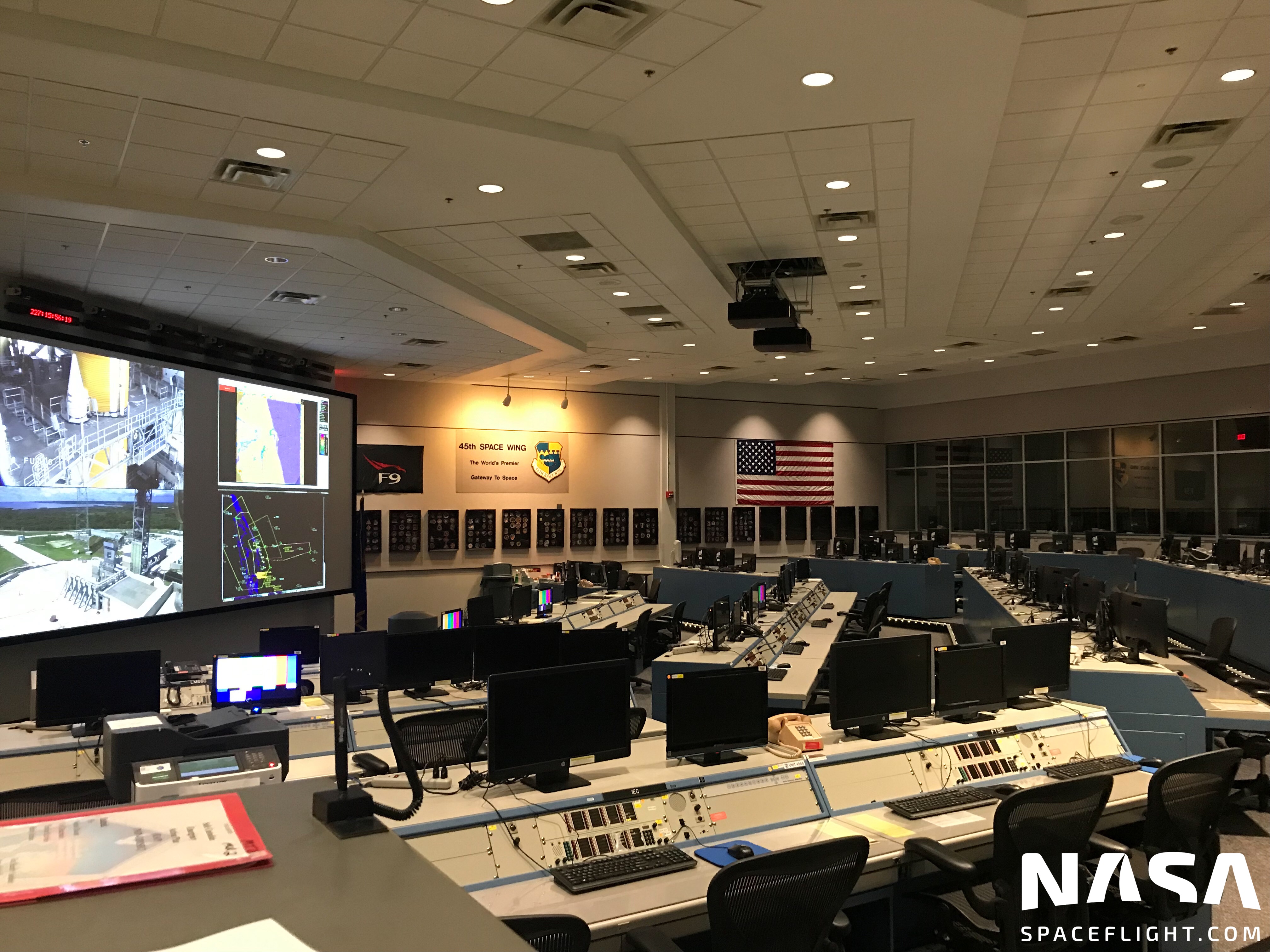 “Those AFSS parameters are uploaded to the vehicle’s black box, and we have a very high degree of confidence in that because it’s all hands-off for us during an AFSS launch.”

But AFSS isn’t the most time-critical element in the “Drive to 48”.  As Mr. Rosati elaborated, the Range’s ability to support an increased flight rate heavily relies on the new, upgraded computers, equipment, and software the Range bought.

This is most strikingly seen in the Risk Analysis that must go into all launches.

Prior to this equipment/software improvement, it would take Mr. Rosati and his team 60 days to perform all the needed Risk Analyses for each mission – including BDA determination as well as air and sea space safety closure zones.

Now, it takes his team just 30 days to perform those same assessments.

The new software/equipment has also allowed his team to create “standard packages” for each Range user – meaning that SpaceX has their standard packages and ULA has their own that are pre-determined and then applied to specific missions.

This is important because Mr. Rosati and his team no longer have to start from scratch for each mission; they can use pre-made packages of information that don’t change from Falcon 9 to Falcon 9 mission or Atlas V to Atlas V flight.

Moreso, Mr. Rosati and his team have also been able to create flight trajectory templates for the various launch corridors that are routinely used – such as due east missions and ISS northeast azimuth launches.

“When a vehicle’s flying east in the same configuration [over and over again], they’re flying in corridors.  We now no longer have to make those over and over again. We take those missions that come in, check that they fit in the [east] template – that they’re not going to hit destruct lines on those templates – and if they aren’t, we say ‘you can go ahead and fly this mission on this template.’ 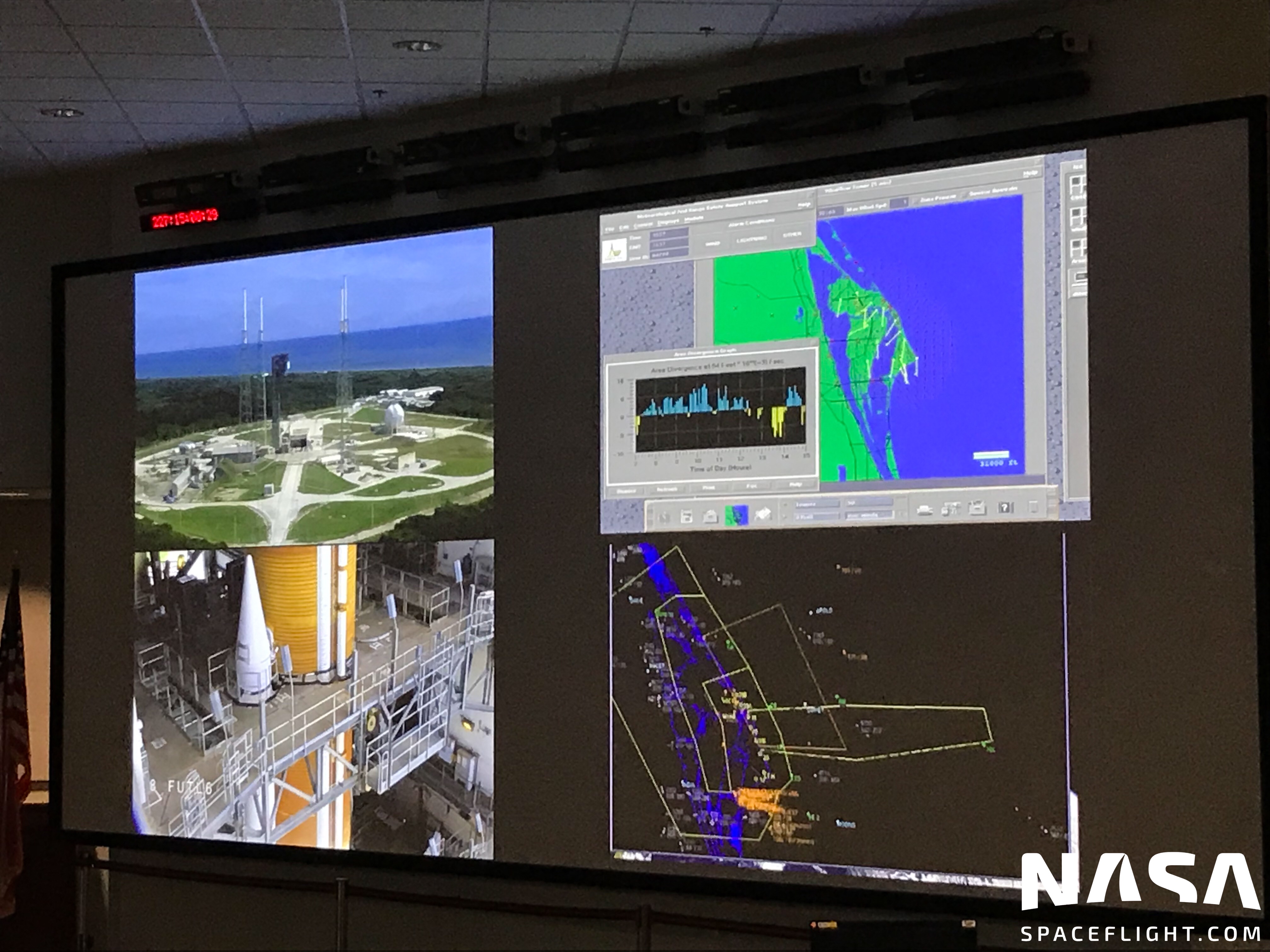 Monitoring not just Cape land, but the sea and air space around the space center. (Credit: Chris Gebhardt)

“And that cuts out almost half our pre-mission lead time by going to templating,” related Mr.  Rosati.

But the Risk Analysis is just one part of the overall “Drive to 48”.  The AFTS and AFSS do play major support staff roles in increasing the Range’s rapid turnaround ability.

“With AFSS, we no longer have someone sitting on a console ready to press a button.  We no longer have to configure all that ground equipment. That saves a lot of time,” said Mr. Rosati.

To this end, Mr. Rosati revealed that the Eastern Range has implemented a new requirement that all Range users have AFTS or AFSS on their rockets by 2023.

The Falcon family of rockets already have that, and new entries like Vulcan from United Launch Alliance and New Glenn from Blue Origin will have AFSS built into their designs.

NASA, on the other hand, will have to add this capability to their SLS rocket, and Mr. Rosati said NASA is tracking that debut for the Artemis 3 mission in 2023.

When asked what happens if a Range user is unable to meet that deadline, Mr. Rosati said that the user will be charged to use the manual Flight Safety Systems.

“They won’t be prevented from launching, but they will have to pay for the manual systems themselves.  That will no longer be offered free of charge,” related Mr. Rosati.