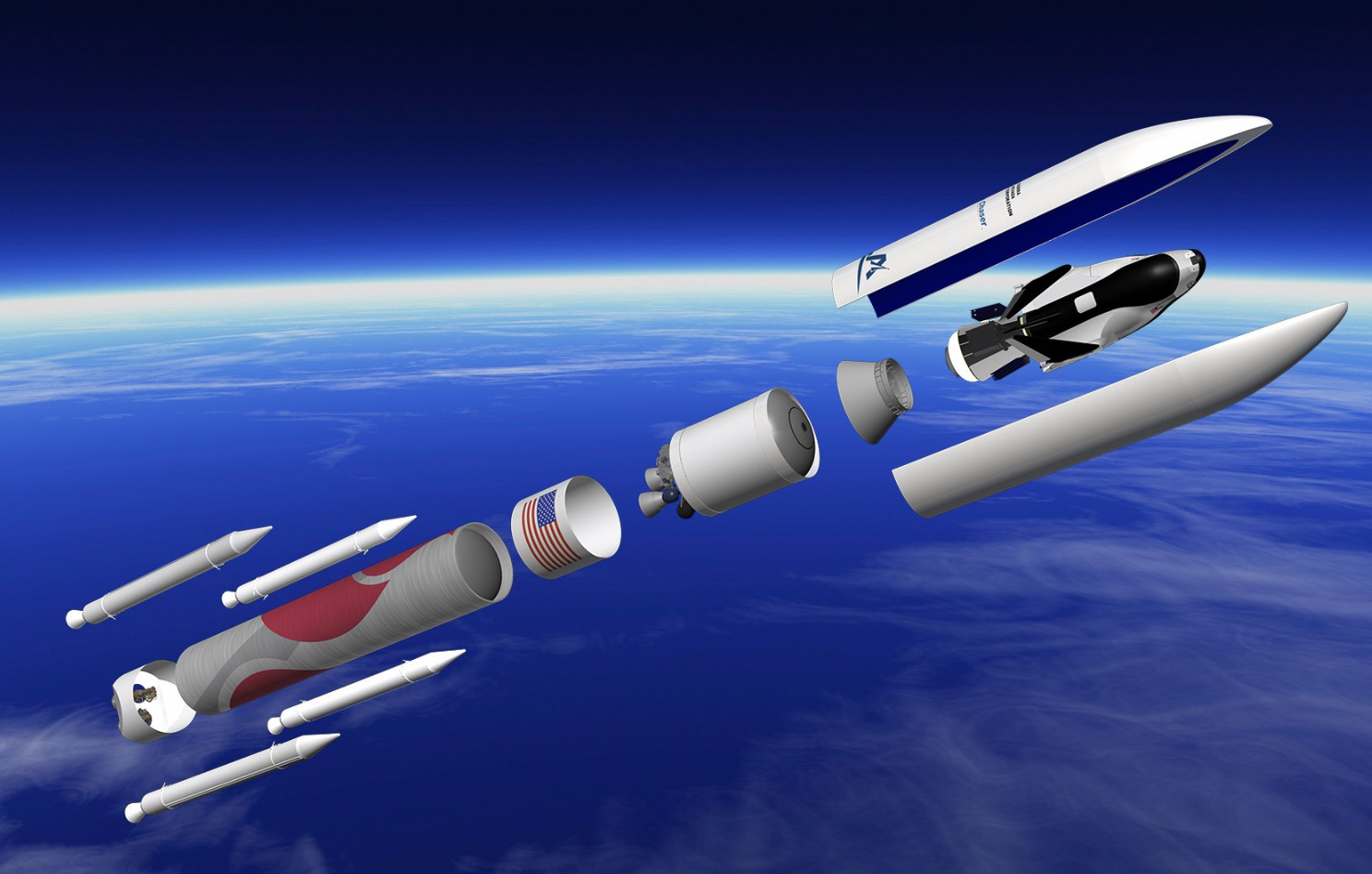 Dream Chaser will be flying at least six missions to the ISS in the 2020s, following NASA’s contract award to SNC – along with SpaceX and Orbital ATK for the CRS2 missions.

This isn’t just a huge announcement for aerospace, it’s big for the state of CO, too. Our Louisville, CO-based Space Systems division is proudly partnering w/Centennial, CO’s @ulalaunch– boosting the already strong aerospace economic footprint in the state! pic.twitter.com/LTeglKGvMG

The spacecraft did not lack options, as seen back during the Crew version of the vehicle, which could launch on several different providers.

“Dream Chaser can launch from any conventional rocket so we had great options,” said SNC CEO Fatih Ozmen. 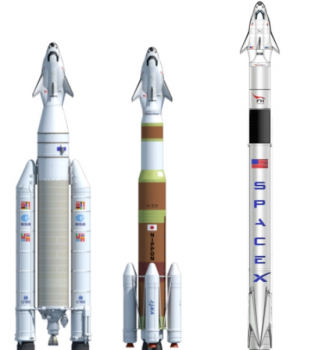 Other LV options during Dream Chaser development – via L2

“SNC selected ULA because of our strong collaboration on the Dream Chaser program, their proven safety record and on-time performance,” added Fatih Ozmen. “This is bringing America’s spaceplane and America’s rocket together for best-of-breed innovation and exploration.”

It was set to be launched on an Atlas V. However, with ULA moving ever closer to the maiden launch of its Vulcan Centaur rocket, all six missions will be launched on that rocket.

“In this very competitive launch vehicle market, we feel privileged that SNC chose to launch this block of six missions to the ISS with ULA,” said Tory Bruno, ULA president and CEO.

Tory Bruno's been a fan of Dream Chaser since he first saw it.

A lot of us have. Especially the Shuttle fans. pic.twitter.com/YoE2pfGOQT

“This is one of the first contracts for our new Vulcan Centaur rocket, and the first of the six missions will serve as the rocket’s second certification flight.

“We are excited to bring our more than 120 years of combined launch experience with our Atlas and Delta rockets, which build on a progressive history of technology development and advancement, to Vulcan Centaur.”

While the CRS stalwarts of Cygnus and Dragon are regular visitors to the ISS, Program Manager Kirk Shireman cited the need for “dissimilar redundancy” in adding Dream Chaser to the mix – a key selling point previously used by SNC during Dream Chaser’s crew transportation aspirations.

Dream Chaser was making solid progress on the Commercial Crew milestones. The only blot on her report card was a landing gear failure during a 2013 landing test at the Dryden Flight Research Facility in California.

During this test, the space plane flew itself toward the ground and runway for a landing approximately one minute after release.

However, as it approached the runway and landing gear deployment was commanded, the left landing gear failed to deploy fully, resulting in the vehicle skidding off runway 22L at Edwards. Notably, the landing gear was donated by a fighter jet and was not a specific part of the Dream Chaser hardware.

Dream Chaser during her first landing attempt – via SNC

Post-test recovery of Dream Chaser showed that while the craft suffered minor damage, the crew compartment was intact and all of its systems were still operational. Unintentionally, the landing gear failure accidentally demonstrated Dream Chaser’s ability to safely protect its crew/cargo and survive a partial “landing gear failure scenario” at landing.

However, it was likely one of the reasons Dream Chaser lost out on the final funding round that ultimately saw SpaceX’s Crew Dragon (Dragon 2) and Boeing’s Starliner (CST-100) win contracts for the missions that will return domestic launch capability for US astronauts for the first time since the retirement of the Space Shuttle fleet in 2011.

The decision was controversial and led to a Commercial Crew Transportation Capability (CCtCap) contract award protest from SNC after missing out on a slice of the $6.8 billion pot – of which the lion’s share was allocated to Boeing.

The protest was ultimately unsuccessful. Dream Chaser did repeat the test in 2017, this time nailing the landing and rollout at Edwards Air Force Base.

Dream Chaser would then go on to gain a NASA contract via its cargo variant and has been passing milestones ahead of its debut launch on an Atlas V, currently expected to take place in 2021.

The latest ISS manifest (L2) shows the first Dream Chaser flight to the ISS will take place in September of that year, with a docked period of nearly three months before the spacecraft returns home to land.

This will be launched on the second flight of the Vulcan Centaur rocket.

SNC’s John Curry also confirmed that Dream Chaser will berth with the ISS via the use of the Space Station Remote Manipulator System (SSRMS), as opposed to docking – although that option was available.

Dream Chaser will be berthed with Node 2 Nadir on the orbital outpost.

SNC's John Curry notes all six missions will be berthed to Node 2 Nadir. Dream Chaser can do docking, but the option was taken to be berthed. pic.twitter.com/klnRaYyg4p

From the paperwork standpoint, Dream Chaser has noted they passed NASA’s Integrated Review Milestone 5 (IR5) earlier this year, a key status check on SNC’s performance of a variety of ground and flight operations. Cargo loading operations have been part of the ground operations testing.

SNC also released rare photos of the vehicle in a video – specifically the pressure vessel – under construction at Lockheed Martin’s famous Skunk Works.

The video showed the heritage, albeit with obvious changes, between the crew and cargo versions of the Dream Chaser – with the latter allowing for a much larger capacity of cargo upmass, which will be its main job during CRS2.

Notably, Dream Chaser’s downmass will be brought directly from the ISS to a runway, such as the Kennedy Space Center’s Shuttle Landing Facility (SLF), allowing for faster processing of critical experiments.

Status of the Orbital Vehicle that will fly in 2021 (Lee Jay asking the question again :)) pic.twitter.com/Fj7xWPfkOO

This is a key part of the “dissimilar redundancy” when compared to other vehicles, given all other vehicles are based around capsule designs and will be returning by parachute.

Dream Chaser will deliver more than 12,000 pounds of pressurized and unpressurized cargo to the space station and remains attached for up to 75 days as an orbiting laboratory.

Once the mated mission is complete, the Dream Chaser disposes about 7,000 pounds of space station trash and returns large quantities of critical science, accessible within minutes after a runway landing.