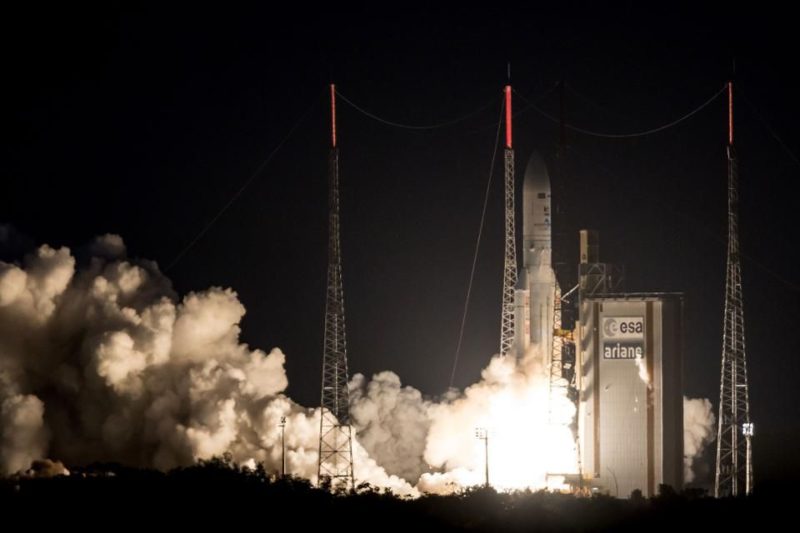 A military spy satellite has come crashing down to earth after the failure of its launch rocket, sending the expensive payload into the Atlantic.

The European Vega rocket had been launched from French Guiana on Wednesday evening (July 10) to put a Falcon Eye 1 spy satellite into orbit for UAE’s military—with an identical satellite due to launch soon. But two minutes after take-off, the mission suffered a catastrophic failure.