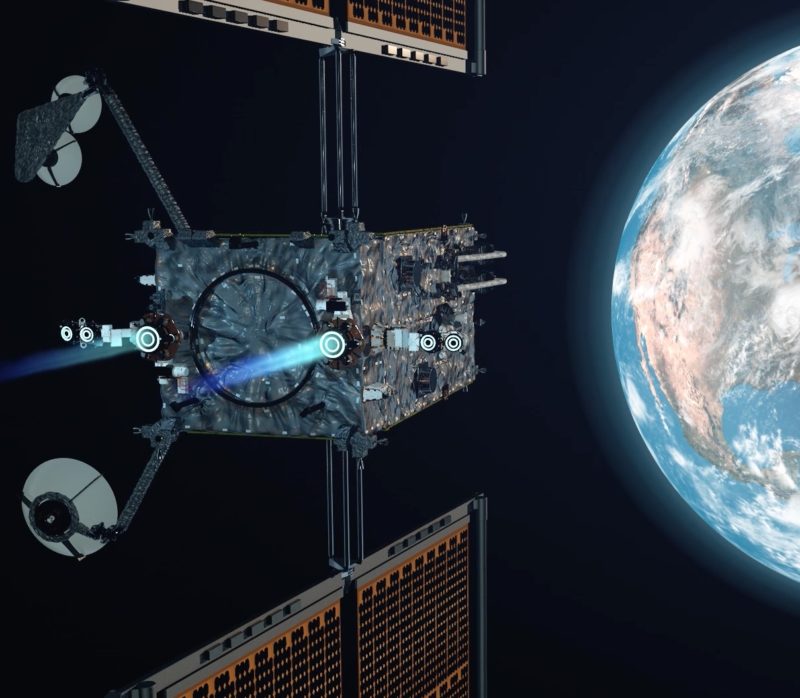 Maxar has been selected to build and fly the first element of NASA’s lunar Gateway. Photo: Maxar

Maxar Technologies was selected by NASA to build and perform a spaceflight demonstration of the lunar Gateway’s power and propulsion element spacecraft. Blue Origin and Draper will join the Maxar-led team in designing, building and operating the spacecraft through the demonstration period. The power and propulsion element is a key component to NASA’s overall plans to land American astronauts on the surface of the Moon by 2024, and will be the first segment of the Gateway tested in space.

Maxar previously conducted a four-month study to develop affordable and innovative electric-propulsion-enabled concepts for the power and propulsion element spacecraft. Building on the successful completion of the study, Maxar has been selected to proceed with development. The power and propulsion element will provide power, maneuvering, attitude control, communications systems and initial docking capabilities. Maxar is currently targeting launch of the element on a commercial rocket by late 2022.

The post Maxar to Build 1st Element of NASA’s Lunar Gateway appeared first on Via Satellite.