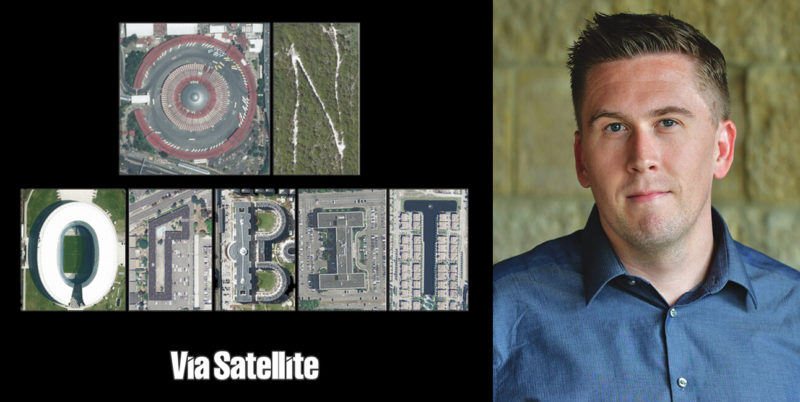 On Orbit is a bi-weekly podcast hosted by Via Satellite Executive Editor and SATELLITE Chair Jeffrey Hill, focusing on the socioeconomic value and problem-solving power of commercial space technologies.

Our third episode of On Orbit focuses on the changing face of the commercial space customer. Not too long ago, space and satellite “end-users” were grouped together in a relatively manageable list of markets – military, broadcast networks, ISPs, and re-sellers to name a few. As the cost of access to space has lowered over the course of the last few years, the list of space-hungry verticals has grown significantly. Insurance companies, manufacturers, transporters, retail, city planners, farmers… What value do these new industry customers see in space?

I spoke with Jeff Matthews, Deloitte’s specialist leader in space, about his job as a sort-of space industry ambassador to these new verticals. Jeff consults with a range of Fortune 500 companies and small- to medium-sized businesses on the value of space capabilities. These are companies that know very little about how space technologies work, yet, they are asking Jeff a lot of interesting, and sometime surprising questions. To learn more about what these new end-users expect from space-based service providers, click the episode link below:

Jeff has more than 15 years of private and public sector experience focused on finance, enterprise architecture transformation, technology commercialization, and market strategy. Before joining Deloitte, he served as the director of venture strategy and research for the Space Frontier Foundation where he was also a board member. His previous experience as an advisor in $600M+ of venture capital raises for early stage technology companies, commercializing government technologies, and deep insight into the commercial space market allows him to bring a unique perspective to government and commercial clients. Jeff has contributed expertise and analysis on the space industry to Reuters, Forbes, NBC News, Discovery News, The Wharton School, the Open Group, and the American Institute of Aeronautics and Astronautics (AIAA).

For more episodes of On Orbit, visit the Via Satellite website, or download them for free via iTunes, Google Play, Stitcher, or any of your favorite podcast outlets.