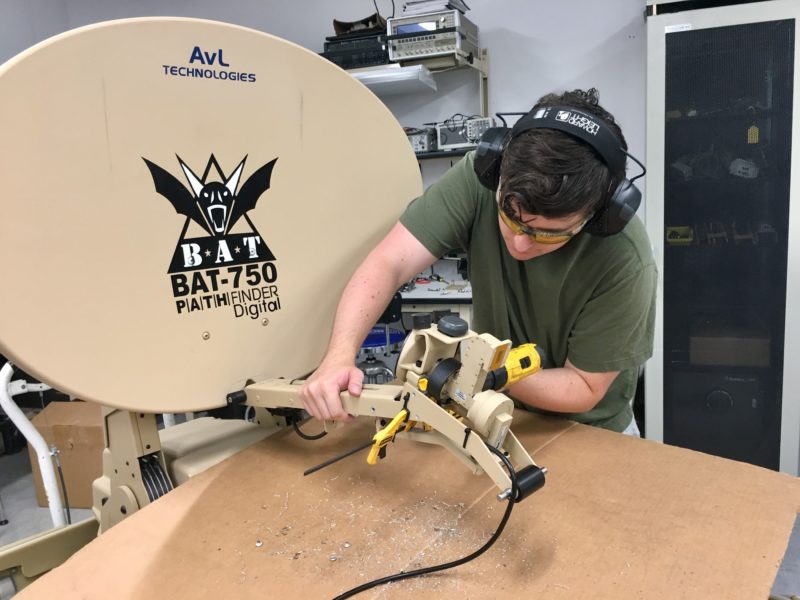 PathFinder Digital was awarded a follow-on contract by General Dynamics Mission Systems for the production and delivery of BAT-750 MVSAT terminals for integration and use on the U.S. Army Prophet Program. PathFinder Digital’s BAT-750 is a fly-away and/or vehicle mount satellite communications terminal operating in Ku-band. PathFinder’s BAT-1214 and BAT-850 terminals operate in Ka-, Ku- and X-band. PathFinder began supplying the Prophet Program MVSAT solutions in 2010 when it was asked to develop mobile ground system VSAT terminals that were Tri-band (Ku-, K-a and X-) for immediate deployment on the Trojan network as well as future deployment on WIN-T.

Additionally, PathFinder Digital was also awarded a follow-on contract by General Dynamics Mission Systems for upgrades and resets to PathFinder’s BAT-750 satellite terminals. Upgrades include integration of a new antenna control unit and modem, installation of EMI filters, and installation of enhancements to reduce vibration of the antenna while operating on military M-ATVs in harsh terrain. Reset of the terminals to fully operational condition is also part of the scope of work.

“PathFinder is proud to have built and fielded with the Prophet Program the BAT-750 and BAT-1214 terminals. And we are especially pleased to see these terminals being refurbished for continued service to the US ARMY” said Roger McGarrahan, CEO of PathFinder Digital LLC.

The post PathFinder Awarded General Dynamics Contract for US Army appeared first on Via Satellite.