A new amendment to the White House’s Fiscal Year 2020 budget request increases NASA’s federal budget by $1.6 Billion. The additional funding is allocated for multiple elements of the lunar mission architecture in order to pursue the goal of returning crew to the lunar surface by 2024, a program that has now been named Artemis, the sister of Apollo.

In a town hall meeting Tuesday, Administrator Jim Bridenstine stated that $1.6 Billion in 2020 was sufficient funding to meet the 2024 goal. He also said he expected a bell curve of funding to be necessary over upcoming years, with funding requirements after 2020 increasing.

Bridenstine emphasized that this funding would not come from other NASA programs. Notably, there are no proposed cuts to the science mission directorate, which oversees all of NASA’s science missions, or the International Space Station program.

The big question about money and outlook funding.

The only reduction in funding is for the Lunar Gateway, the station in lunar orbit that will act as a staging point for missions to the surface. $321 million is reallocated from by reducing the initial Gateway to two modules.

The Power and Propulsion Element and a small Habitat module have been identified as the only modules of the Lunar Gateway necessary to support a crewed mission to the lunar south pole by 2024.

The other elements of the Gateway would be deferred to the future in order to establish a sustained presence by 2028. This would include contributions from NASA’s international partners, such as the Canadian Space Agency’s robotic arm and the European Space Agency’s ESPRIT module.

The south pole was identified by NASA as the target for crewed landings due to the abundance of water ice present there. These resources would be utilized for fuel production and life support. $132 million of the proposed additional funding goes towards exploration technology, part of which is allocated for an in-site resource utilization (ISRU) demonstration.

$90 million in additional funding is allocated to the Science Mission Directorate for robotic exploration ahead of crewed missions. The first CLPS task order is expected soon, with a launch as early as this year. Later CLPS orders would call for a robotic lander to be delivered to the lunar south pole.

The remaining $1,374,700,000 in additional funding is allocated for Deep Space Exploration Systems, which includes development of the Human Landing System, the Space Launch System rocket, the Orion spacecraft, and the reduction from the Lunar Gateway. About $1 Billion of this funding is intended to accelerate lander development by three years to achieve a crewed landing in 2024. 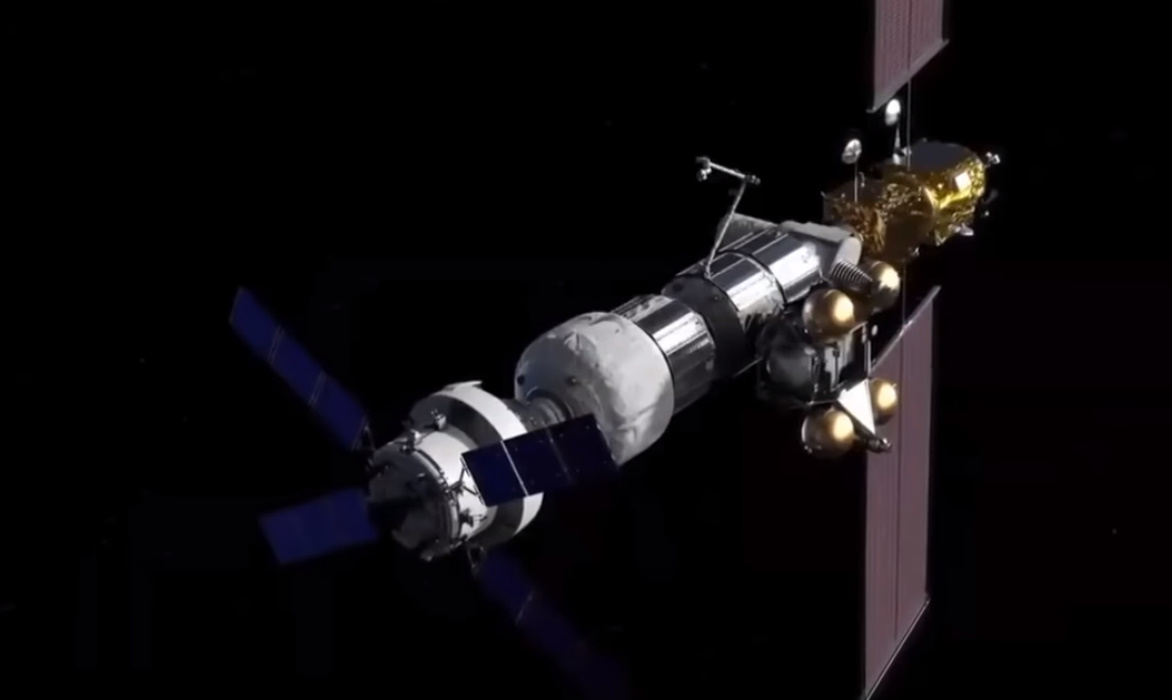 The ever-changing Lunar Gateway – via NASA

This is to be accomplished, in part, by allowing commercial partners to integrate the lander, rather than delivering the elements to NASA centers for integration. Gerstenmaier indicated that Requests for Proposals for integrated landers are in work, and that contract work could begin as soon as September.

This leaves $651 million in additional funding for SLS and Orion, in order to accelerate completion of the rocket and spacecraft. Landers and gateway elements are expected to be launched aboard commercial launch vehicles, while the Space Launch System is tasked with delivering Orion and crew to the Lunar Gateway. 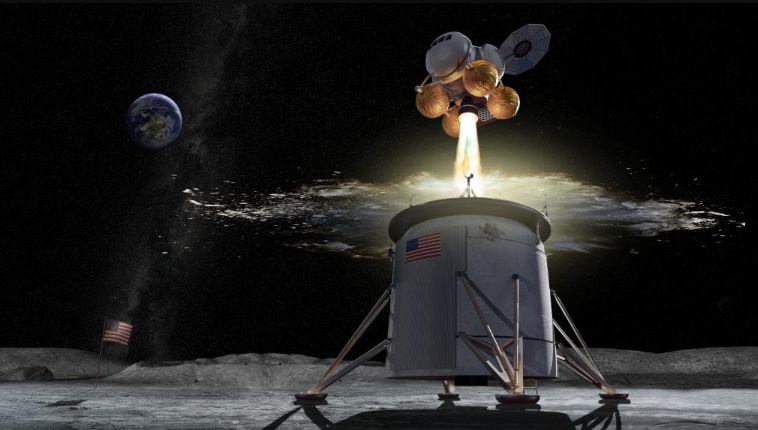 A NASA render of a crew departing from their lunar mission.

A commercially developed science and exploration rover would land on the moon in 2023, conducting scientific research and informing future resource harvesting efforts. Finally, in 2024, Exploration Mission 3 would deliver crew to the moon, including the first woman to walk on the lunar surface.

NASA says that this timeline would facilitate a sustainable presence by 2028, and humans setting foot on the surface of Mars in the 2030s.