The Exploration Ground Systems (EGS) team that will launch the first integrated Orion and Space Launch System (SLS) vehicle started formal countdown simulations last month in the Launch Control Center (LCC) at the Kennedy Space Center (KSC) in Florida. The first “run for record” simulation covered different blocks of work in the period of the countdown around cryogenic loading operations of the launch vehicle.

The launch team is practicing with their ground control equipment against emulators that simulate the behavior of flight and ground equipment, and the simulations help demonstrate the capacity of all the different specialties within the team to handle issues to keep a countdown progressing towards liftoff.

The “cryo load” simulation on April 12 was the first of many formal practice runs after working through demonstration tests last year for the new programs. Exploration Mission-1 (EM-1) is still planned to be the first integrated launch of the EGS/Orion/SLS trio.

In addition to formal simulations, the NASA and Jacobs launch team is working through other practice exercises of different parts of the countdown. Later in the year, they will also conduct tests with EGS ground hardware and support teams when the fully-outfitted Mobile Launcher for EM-1 rolls back out to Launch Pad 39B for integrated testing.

In addition to EM-1, EGS is also planning the countdown timeline for Exploration Mission-2 (EM-2) which NASA also hopes to fly as soon as possible on the heels of EM-1. EM-2 will be the first crewed launch of the Exploration Systems Development (ESD) programs and EGS is looking at how crew activities on launch day will fit into the overall countdown.

The first formal simulation was conducted in Firing Room 2 in the Launch Control Center at KSC on April 12. “It was an all day sim (simulation) for us,” NASA’s Charlie Blackwell-Thompson, the EM-1 launch director, said in an interview.

“We did take a break in the middle to let folks go have lunch, but it was a very short break that we had and the team remained in the Launch Control Center so that we could minimize the time that we were off-station because we knew that we had a lot of work to get through that day. I would say we started probably around seven-thirty that morning and we finished up about four.”

Members of the launch team, composed of members from NASA EGS, prime Test and Operations Support Contractor (TOSC) Jacobs, and subcontractors Engineering Research and Consulting (ERC) and Aerodyne Industries, practiced operational sequences around the point in the countdown where cryogenic liquid hydrogen and liquid oxygen propellant would be loaded on the SLS Core Stage and the Interim Cryogenic Propulsion Stage (ICPS). 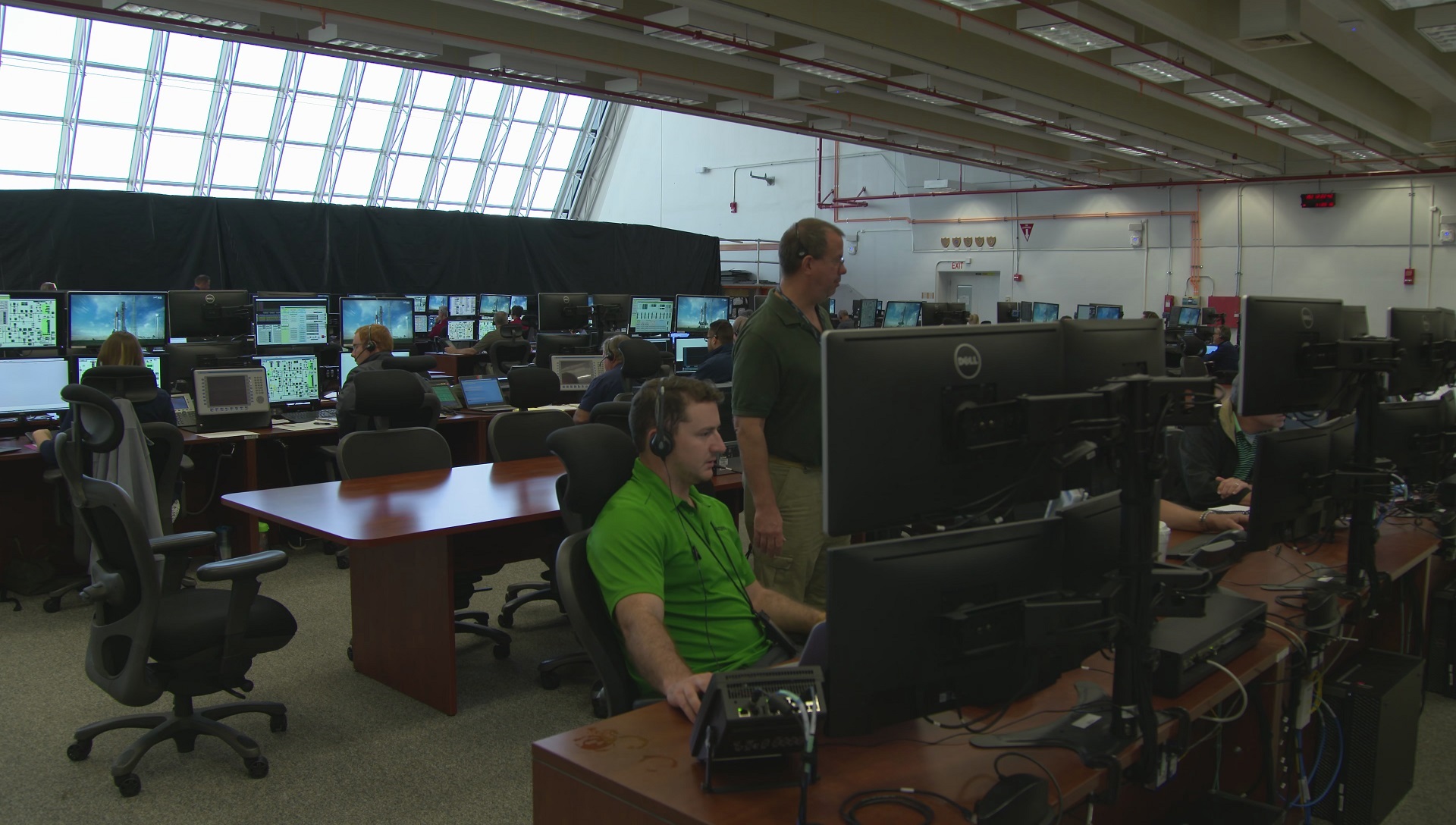 “We started at about twelve hours prior to launch,” Blackwell-Thompson noted. “We wanted to get in and do some of the prep work and see how the software responded to that portion, so we went through and we ran that.”

“It went very well and then what we did is we kind of moved up after we went through that work, we moved ahead to right about that seven hour mark in launch countdown and picked up there where we begin our loading operations and then we went all the way through to replenish, which is about two hours or so before launch.”

The first of two planned holds in the countdown is at T-minus six hours, forty minutes on the countdown clock, at the point where propellant loading operations would begin. The hold gives the launch team a period of time to catch up on any activities that might be behind, and discuss/resolve open issues before the decision is made on whether or not to proceed into the hazardous “tanking” operations.

“Keep in mind this doesn’t involve any of the hardware out at the pad it’s purely run against a ground emulator that’s looking at all of our ground systems and a flight emulator that’s looking at the flight side,” she explained. “So to the software and to the team in the control center it looks like we’re doing the same work we would do prior to tanking, but we’re not actually involving the hardware out at the pad.” 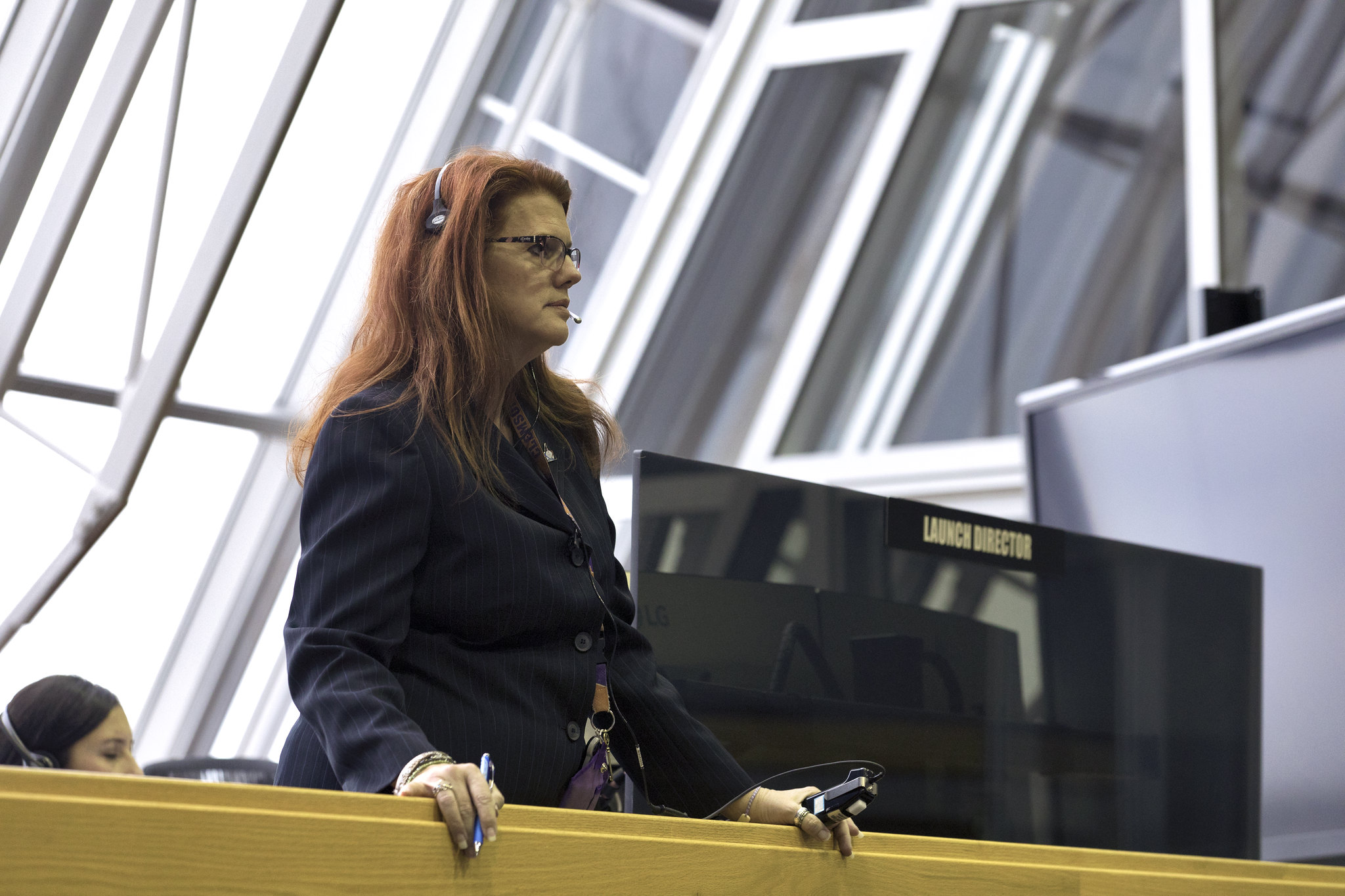 Computer equipment emulates the behavior of Orion and SLS flight elements and other EGS elements, which allows the launch team to safely practice situations where equipment is behaving unexpectedly, data is providing unexpected indications, or both.

Although taking over Space Shuttle Program facilities, almost everything about EM-1 is new from flying vehicles and spacecraft to ground equipment and control systems.  The new pieces also fit together differently, and last year the team started with a couple of exercises before this first formal simulation. “We did a couple of things that we call demos,” Blackwell-Thompson said.

“And then we did one for terminal count as well and went through and demonstrated that capability because it’s a different timeline in the launch countdown,” she added.

The first formal “run for record” simulation in April followed the two demonstrations last year in April and December. “‘Run for record’ is the one that kind of goes in the books, if you will,” Blackwell-Thompson explained.

“It counts towards folks training and their launch certification and their launch qualification that’ll be required to sit on console for tanking and also sit on console for the terminal portion of count. We have eight of those simulations planned, we have one in the books and we have seven more of those to come and then for our terminal count sims we have ten of those planned.”

“For the cryo load sim we have a subset of our launch team for those, and that can change as we move forward,” she added. “For this first one it was our cryo prop (cryogenic propellant) team, we had our haz (hazardous) gas detection team was with us, as well.” 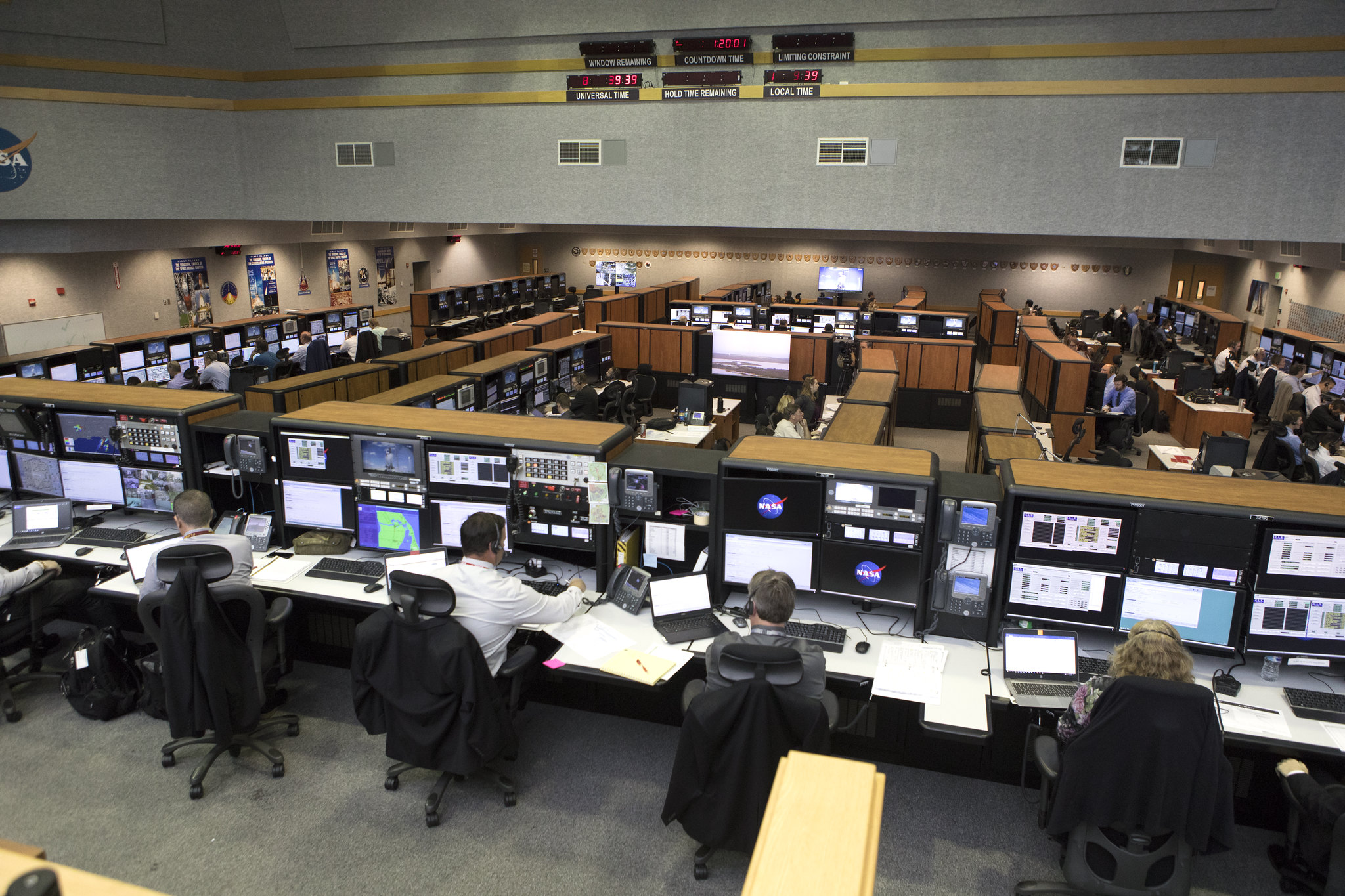 The next simulation will be the first formal run of the terminal countdown sequence, currently planned for the July time-frame. Blackwell-Thompson is a veteran of Space Shuttle countdowns, and she explained that the terminal count for this vehicle is different and the simulations are also different.

“One difference that we have between now and Shuttle is that most of the windows that folks recall in Shuttle toward the end of the program were ISS (International Space Station) short windows, which meant that we had about a ten-minute launch window,” she said. “Back in the earlier days, when we had other missions we certainly had what we call long windows which were anywhere on the order of 45 minutes to an hour.”

“Our planning lines up for about a two-hour launch window and so we do have the ability if we need to recycle, if we’re in the terminal portion of count and we need to go work an issue or there’s something that we needed to talk about, we have the ability to recycle back to T-10 minutes and then determine based on the launch window if we’re going to make another attempt that day.

Certainly that would depend on the nature of the issue that we recycled for, but we do have longer launch windows so that recycle capability used to [be] a regular part of our [Shuttle] launch countdown and so that is something that we’ll be incorporating into this launch countdown as well.”

The recycle capability is another facet of the longer daily launch window for the Moon that the launch team has to practice. “We want to make that recycle time as streamlined as we can, now certainly that’s driven by the configuration of the ground systems and the vehicle,” Blackwell-Thompson explained. “It really depends on where we had the recycle and what work we have behind us and what we have to I’ll say reconfigure from.”

“We haven’t gone through and demonstrated that yet,” she added. “We will demonstrate that recycle capability as part of our wet dress rehearsal and so we’ll certainly have a very good timeline for that later on but right now it looks like it takes just about an hour to go do that recycle.”