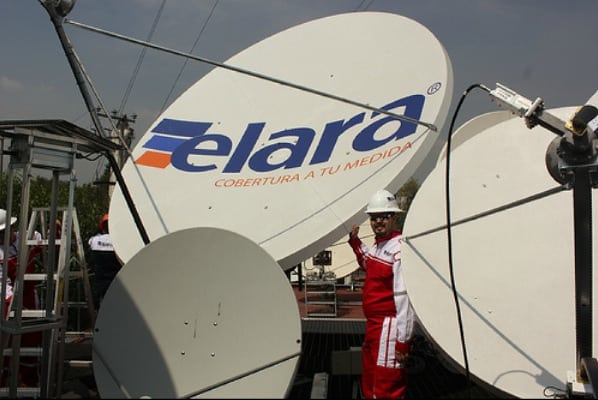 With the SATELLITE show less than a week away, the industry will soon be focused on its future. One of the interesting talking points that tends to come up at every SATELLITE show is the future of satellite in Latin America. The region offers great opportunities for the industry, despite the economic volatility that can often characterize many of the markets. One of the more interesting satellite companies in the region is Elara, a Mexican-based satellite company that has made a name for itself in recent years. Jorge Villarreal, CEO, Elara told Via Satellitethat the industry is definitely at a “turning point” in the region due the doubling of available capacity in the region, as more satellites came online. Villarreal believes this had a number of different impacts in the market. He adds, “The offer of satellite services has been extended because High Throughput Satellites (HTS) allow the creation of broadband products at 10/20/30 Megabits Per Second (Mbps). The decrease in satellite capacity pricing and terminals has generated greater competition and different prices to attract end customers. Of course, the new fleets of Low Earth Orbit (LEO) and Medium Earth Orbit (MEO) satellites will generate even more capacity to go to more niche markets, which also represents a challenge for integrators in the sense of how to take advantage of each technology for each market.”

Villarreal expects one of the main topics at the SATELLITE show will focus on new markets or segments that can now be served with HTS. “How we are going to take advantage of satellite capacity to grow the market, is a key question,” he added. Villarreal also believes another really relevant topic will be how different players in the market will participate in the future growth of the market. “Satellite operators have been integrated vertically in the provision of services and have made significant investments to create gateways. Each region or country has unique market conditions. In the case of Mexico, we are seeing how to create business models where integrators take care of the value we generate in the business chain and operators achieve greater participation in certain projects,” he added.

One of the key topics at SATELLITE 2019 will likely be 5G and the role satellite will play as it becomes more a commercial reality. While a lot of the discussion will be centered on the United States, Mexico, and other markets in Latin America, could be interested markets which combine satellite and terrestrial in 5G offerings. “Internet consumption continues to grow, and 4G has expanded further possibilities for the consumption of satellite services, depending on each region the price conditions may or may not encourage the consumption of the satellite. Mobile operators know that the traditional model where they invest in the construction of terrestrial links is the safest and most profitable for them,” said Villarreal. “Obviously, with the decrease in satellite transport costs we can achieve a greater participation in 4G and 5G networks. However, it will depend on the business model from each operator and the comparison between the cost of satellite transport (OPEX) vs the traditional CAPEX model (land infrastructure).”

The future of LEO constellations could significantly change the industry. However, with potentially thousands of satellites coming online, will there be enough capacity to justify some of these huge investments? “I think the demand for internet access and other niche applications, such as for example high resolution imaging, means there will be enough space for LEO operators. Integrators such as Elara will play an important role to support the marketing and distribution of these services. We do see a very strong growth in the supply of satellite transport capacity and I think that now the effort should focus on developing products and solutions for new markets, and in markets where satellite previously did not have a presence.”

In terms of what he hopes to get out of SATELLITE 2019, Villarreal says he hopes that satellite operators will promote innovative business models developed alongside integrators such as Elara. “The traditional model of satellite segment sales and technology and integration should be different now. We are entering a period with a lot of satellite offers. We have the challenge of generating solutions and services to serve new segments of the market,” Villarreal concluded.