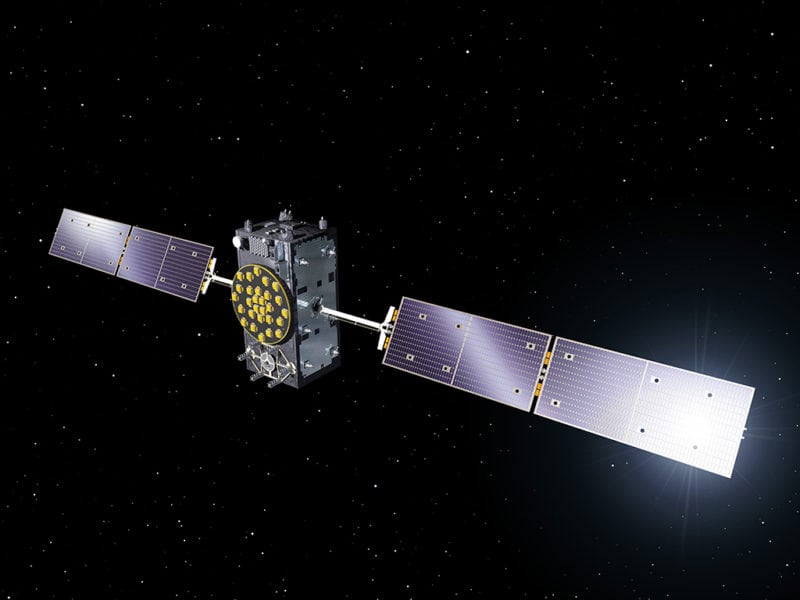 Rendition of a Galileo satellite on orbit. Photo: ESA.

CGI signed an agreement with Thales Alenia Space to enhance and maintain security software for the Galileo satellite navigation system. Valued at approximately 14 million euros ($15.71 million), the contract will last until the end of 2020. CGI experts are working on this strategic project from Rotterdam and Toulouse.

CGI aims to improve the functionality and reliability of Galileo’s ground infrastructure, as well as enhance and maintain software for its Public Regulated Service Key Management Facility (PKMF). According to the release, the Public Regulated Service (PRS) is one of the key features that distinguishes Galileo from other satellite navigation systems. It ensures that only government-authorized entities have access to Galileo’s secure PRS signal that meets strict security standards in areas such as defense, law enforcement, customs, etc.

“We look forward to working with CGI to ensure the highest level of security for Galileo, along with an efficient, high performance infrastructure,” said Guillermo Salgado, GALILEO Ground Mission and EGNOS Programs Director, Thales Alenia Space France. “CGI’s significant space and security experience, combined with its local presence and global resources, gives us access to the experts we need to launch and operate one of the world’s most advanced satellite navigation systems.”