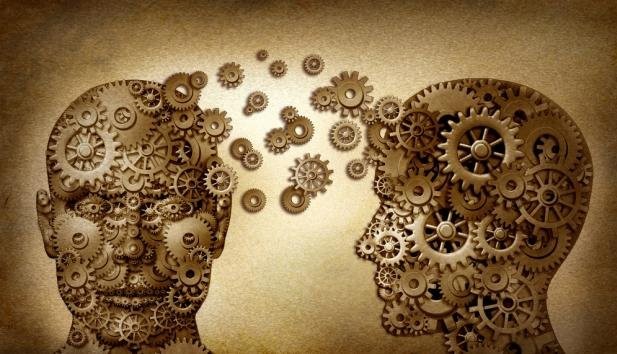 I have reviewed a lot of pitches.

Between my career and projects at Jack Industries, reviewing startups for personal investment at Astia Angels and volunteering to judge startup competitions from high schools to professional organizations, I have heard a few hundred business pitches.

When I first started looking at decks, I believed I added value with my probative questions. As decks keep coming, though, I don’t dig in so much. If my feedback is all that is desired and not my money, then I smile agreeably and add value by giving the entrepreneur confidence for their next pitch.

After all, most business pitches are wholly made-up. I no longer have a problem with those realities. We all have to start somewhere.

I can even handle ridiculous financials. With operating companies like Uber and Snap having goofy numbers, I just nod at the “Profitable by Year 3” slide. Who doesn’t want to be profitable quickly?

I also stopped furrowing my brow, heavy with ethics, when I see hyper-inflated team bios. After all, we are all imposters, faking it until we make it.

I will, however, go absolutely bonkers if a pitch says there are no competitors. I can’t nod. I can’t smile. I can’t be agreeable. The best I can do is set my jaw, purse my lips and glare. The blank competitor slide is a tombstone of naivety, not a dramatic demonstration of a great business.

The Fallacy of Aggregation

Many years ago, Cary Jackson, my business partner at Jack Industries, developed a family entertainment center featuring a golf range, mini-golf, batting cages and a pro shop/convenience store. His competitor slide could easily state “no competitors” in a ten-mile radius because there simply were no other “golf range, mini-golf, batting cages and pro shop/convenience store” businesses.

There were, however, ranges at golf courses, batting cages at parks and plenty of pro shops and convenience stores. Except for mini-golf, the constituent parts of the business already existed. Golfers knew which courses had the best range deals, baseball players knew when the Little League exclusively used the batting cages and everyone knew where to get gum, soda and snacks 24/7. When constituent parts of a business are deeply embedded in the community, it is disingenuous to state there are no competitors.

I often hear this fallacy of aggregation in Software-as-a-Service (SAAS) software pitches. The SAAS solution is, in essence, a combination of products currently offered by a few different companies. When I see “no competitors” in these circumstances, I get annoyed because “competitor” is defined incorrectly. The accurate competitive comparison is the aggregation solution (the family entertainment center) versus the various constituent parts in the marketplace (the golf course, parks, stores). Why would a golfer change ranges because it now has a batting cage? Why pay a premium at the aggregated site (soda from a fountain) when you can pay less at the constituent part (soda can at corner shop)? Why would a user switch to new software if the user doesn’t need or value the other features?

The family entertainment center succeeded because it offered a better product. It observed and analyzed the competitive constituent parts in the marketplace and the target consumers. A strategy to lure the community on site with free passes and then deliver an exceptional customer experience, eclipsing the other competitors’ service levels, was executed. The golfers changed ranges, not because of a batting cage or mini-golf or a candy bar, but because of better customer service. The fallacy of aggregation as a competitive advantage never undercut its strategic methodology to compete on service.

Okay, but what about the killer fact that no one competed in mini-golf? On that basis alone, the slide could announce, “No competitors.” Nope.

The next competitor is mindshare. Families are in recreation patterns, both behaviorally and economically: going to movie theaters, bowling alleys and pizza parlors or staying home to play video and board games. They must be convinced to change routines and try something new. Consumer mindshare is going to be a fierce competitor.

In 2017, I had the privilege of judging the debut Startup Space competition at the SATELLITE conference in Washington DC. Twenty seasoned, articulate professionals took the stage for five-minute pitches from low earth orbit debris tracking systems to 3D printed metal. The winner was David Shaw from Astrapi Corporation.

David Shaw’s business is way above my intelligence pay grade: spiral-based signal modulation. If Astrapi is right and can commercialize their innovation, they change the communications world. Sort of like the change from fixed wire phones to cellular. As a judge, I had no meaningful question to ask; however, when I hear a pitch that requires a fundamental change to the current system, the biggest competitor is going to be mindshare. Maybe there are no competitors for spiral-based signal modulation, but to think that changing a fundamental assumption of an incumbent system is not going to be a competitive war of millimeters every day is silly.

So, I queried about what someone outside of the Astrapi world, knowledgeable in the art, would think about the invention and its commercialization. I expected the “no competitors” spiel and hyperbole like, “We are the Uber of signaling, a disruptive technology.”

I was wrong. David quipped if anyone said this invention was within the realm of normalcy, they did not know what they are talking about. He emphasized that this innovation was radical. Even if the idea continued to wildly exceed expectations in the testing environment, it will remain difficult to grasp and thus, moving an industry will be challenging.

Ladies and Gentlemen, the winner. David is painfully aware that mindshare will be his toughest competitor. Astrapi could be on the right side of science and lose in the commercial world. It was an experienced and confident answer; clearly understanding that mindshare is always a competitor even in a “one of kind invention” framework.

Finally, the cruelest of all competitors: diverting the money.

Just because the competitors are vanquished does not mean the money is yours. Ask anyone who does complex sales and you will hear the painful tale of beating the competition only to discover the customer is not making the purchase due to “investments in other initiatives.” Competition battles may be won but diverting the money wars are often lost.

The competitors are out there, lying in wait, and lethal. Steeling yourself for hard conversations about competition is infinitely easier than the real world economic battlefield. Don’t be afraid of the competitor slide. Face it bravely like David Shaw at Astrapi. Deep diving the competition, in all its various forms, will yield a bounty of better ideas for an improved product-to-market match. List the competitors and speak passionately about strategy to gain mindshare and to divert the money. That is a true no-nonsense pitch that will get smiles and nods for all the right reasons. 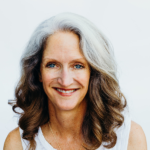 Rafferty Jackson is a Principal at Jack Industries. From the Beats by Dr. Dre brand sale to Apple Inc. for $3B (including Beats Music), to The North Face and Vans brands reaching over $1B in sales in North America, to taking Ubiquity Software public on the Alternative Investment Market on the London Stock Exchange and selling it to Avaya, Inc., she has taken companies through hyper-growth, investments, global expansion, mergers, acquisitions and IPO. She will be appearing as a Startup Space judge and workshop leader at SATELLITE 2019. Tickets for the Startup Space workshop may be purchased at the SATELLITE website.

The post The “No Competitor” Nonsense appeared first on Via Satellite.