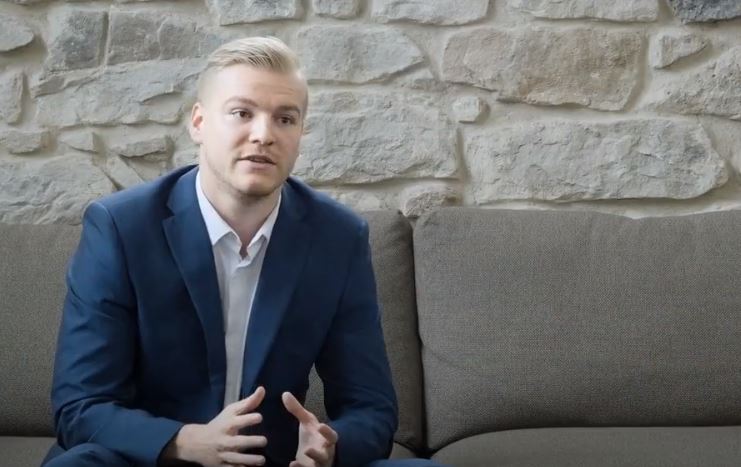 U.K. energy company E.ON is an example of the new type of potential customer the satellite industry can target. The company has been using an innovative approach towards satellite as it seeks to improve overall efficiency by using satellite technology. The company is working with the European Space Agency (ESA) and Earth Observation (EO) specialist Astrosat, capturing satellite imaging data to accurately identify areas across the U.K. where energy efficiency measures are most needed. Joel Stafford, Commercial Product Manager at E.ON told Via Satellite that the large amount of data which can be captured using satellite technology means a bigger and more accurate picture can be created quickly, which improves the success rate of installation works.Not only does the U.K. have a very developed energy efficiency market, E.ON itself has a wealth of historical data on energy efficiency measures and installations that can enhance the value of this product, said Stafford.

The three organizations (E.ON, ESA, and Astrosat) have been developing the system for around 18 months, with the next stage involving a city-scale trial, which is yet to be announced. ESA’s ambition is for space data to unlock greater business and societal opportunities and E.ON’s scale across Europe creates the potential to roll out the project across other countries once the U.K. trial has successfully concluded.

So, what is the significance of ESA’s involvement in the project? “ESA’s involvement unlocks funding and ESA will oversee the project. They are also a gateway to the European market should we extend the project into other markets and countries after the trial period. The core dataset will be generated using publicly available datasets such as census information and Energy Performance Certificates (EPCs), processed and aggregated so they present a community level view with no individually identifiable information,” said Stafford. “Astrosat will then augment this with unique data generated from space as well as customer specific datasets. All customer data will be securely stored and segmented so that it is only available to authorised users.”

One of the questions now for E.ON is could expand its use of satellite technology. Stafford admits that E.ON sees potential for satellites to benefit the company in other markets, i.e., air quality monitoring and traffic management. He says this project with Astrosat and ESA is giving the company a great insight into the possibilities of satellite technology within its business as well. He cites examples such as using GPS to track mobile assets, using satellite communications to report in from remote locations (including automatic data reporting). “At this stage we are concentrating on benefits in the energy efficiency field — pinpointing clusters of households either in fuel poverty or those at risk. Matched with government data, this heat mapping technology could mean less time spent on the road or knocking on doors and more time dedicated to actually upgrading homes so people can lead more comfortable, healthier lives,” he said. “This enables an approach that is much more efficient than existing methods and can proactively locate whole areas or communities that would most benefit from improvements, rather than relying on input from residents who might be wary of reporting themselves as vulnerable or in need of extra help.”

He says satellite’s prime benefit is the ability to visualise and compare multiple different datasets instantly and block out areas that do not fit criteria or do not need support. By doing this Stafford says E.ON can target efforts at those places where people might need the most help or we can deliver the largest benefits. The platform is built to allow for the development of additional layers of data that can be simply plugged in, extending the potential to other opportunities in any given area.“Currently in trial format, we envisage working alongside local authorities, city mayors etc to explore how we might tackle specific challenges and take advantage of opportunities in their given regions — alongside the energy efficiency improvements to individual homes, as an example, using waste heat from existing industrial sites to power a district heating scheme bringing affordable and lower carbon communities across nearby communities,” he added.

I ask Stafford the importance of space-based data for a company like E.ON. He says space data has the ability to provide the opportunity to “fill in the gaps” where earth-based data is either out of data or doesn’t provide full coverage. While he argues that he U.K. is a relatively “data-rich” environment, he says there are still lots of areas where E.ON does not have all the information it needs, and this is where space data can help to fill these gaps

“In its first iteration, the platform helps to locate and provide targeted support for the most vulnerable groups or areas in society. Future iterations will leverage the growing wealth of high resolution commercial data that is now coming online,” he said. “Multiple datasets can be helpful as they build up a big picture of truth about an area and validate against each other. This is a new way of looking at communities and understanding the problems these communities face. It will also help for resources to be directed at these communities more effectively and efficiently.”

It is an ambitious project and an example of how a company, maybe not seen as a traditional satellite customer a few years ago, could benefit from using satellite technology to improve its overall operations. “The key to making space data successful is really understanding what makes actionable information for the users — then finding a way to derive this from the vast amount of space data that is available. We then need to validate the information that has been derived from space to confirm that it’s accurate and to build user confidence in the information that’s being presented to the users,” said Stafford.