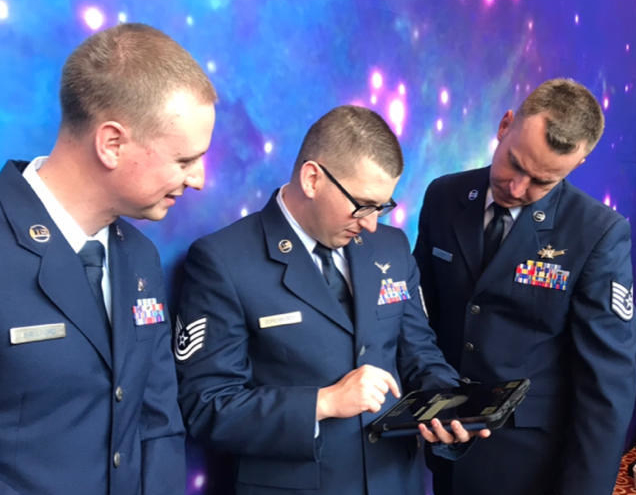 The Blue Horizons Program at Air University has rolled out Black Horizon, a mobile application that delivers lessons in spacelift, orbital mechanics, and satellite constellation design for the U.S. Air Force.

The student-adaptive educational app, covers the full range of space education requirements which will augment and accelerate the traditional space professionalization education program. Black Horizon was first announced in December 2018 as part of the the Spacecraft Engagement Simulation Experiment Challenge with Blue Horizons technology partner MGMWERX. Sonalysts, Inc., based in Waterford, Conn., was the winning vendor of the challenge. The company partnered with Blue Horizons and MGMWERX to complete the design, engineering, and build sprints. Beta testing was conducted at the 2019 Space Symposium in Colorado.

“Through the MGMWERX challenge, the team was able to quickly solve an Air Force problem set,” said Lt. Col. Edward G. Ferguson, a Blue Horizons fellow at Air University. “In a matter of months, Airmen have a tool in their hands to begin addressing operational needs. None of this is possible without the flexibility and adaptability Blue Horizons gets from its partnership with MGMWERX.”

MGMWERX Director Steve Werner added that Black Horizon is on track to save the Air Force more than $500,000 and five months in development.