Dragon 2 remains on track for her maiden flight to the International Space Station (ISS) in March following a green light from the key Flight Readiness Review (FRR) on Friday. The Agency Level FRR meeting was the final review stage from all relevant elements involving SpaceX, NASA Commercial Crew and the ISS program, with the milestones now progressing towards a SpaceX Launch Readiness Review (LRR) a few days prior to the March 2 target.

Dragon 2’s uncrewed mission to the ISS is a major step towards the United States regaining domestic crew launch capability.

Both Dragon 2 and Boeing’s Starliner are aiming to conduct successful maiden flights to the orbital outpost in order to validate their systems ahead of their first crewed missions.

With SpaceX’s DM-2 set to be the first launch of crew in the summer, that mission will finally return a capability lost when Shuttle Atlantis landed in 2011 to conclude STS-135.

Next up (and ongoing at this time) is the Flight Readiness Review that will green light Dragon 2's DM-1 mission, the next step towards regaining US crewed orbital space flight for the first time since STS-135/Atlantis.#DidYouSeeWhatIDidThere pic.twitter.com/d5CDZS9za4

Not lacking in synergy is the FRR process that moved Dragon 2 further towards aiding the United States in regaining its human space flight capability. The FRR was a major element of approving the Space Shuttle for upcoming missions.

The DM-1 FRR process appears to have followed a similar path, with numerous reviews taking place ahead of Friday’s main FRR.

During the Shuttle Program, departmental FRRs would take place around a month ahead of a mission, allowing key elements such as “Orbiter” and “MOD” (Mission Operations Directorate) to review the specifics of their roles in a mission and cover any issues from the previous flight.

Each presentation went into great depth for every element of the mission relating to that department, with some presentations being several hundred pages long. *L2 members can download hundreds of Shuttle FRR presentations here*

Those FRRs would then combine in a large-scale Space Shuttle Program (SSP) FRR, which brought together all of the previous departments into a Program-level review at the Johnson Space Center (JSC). 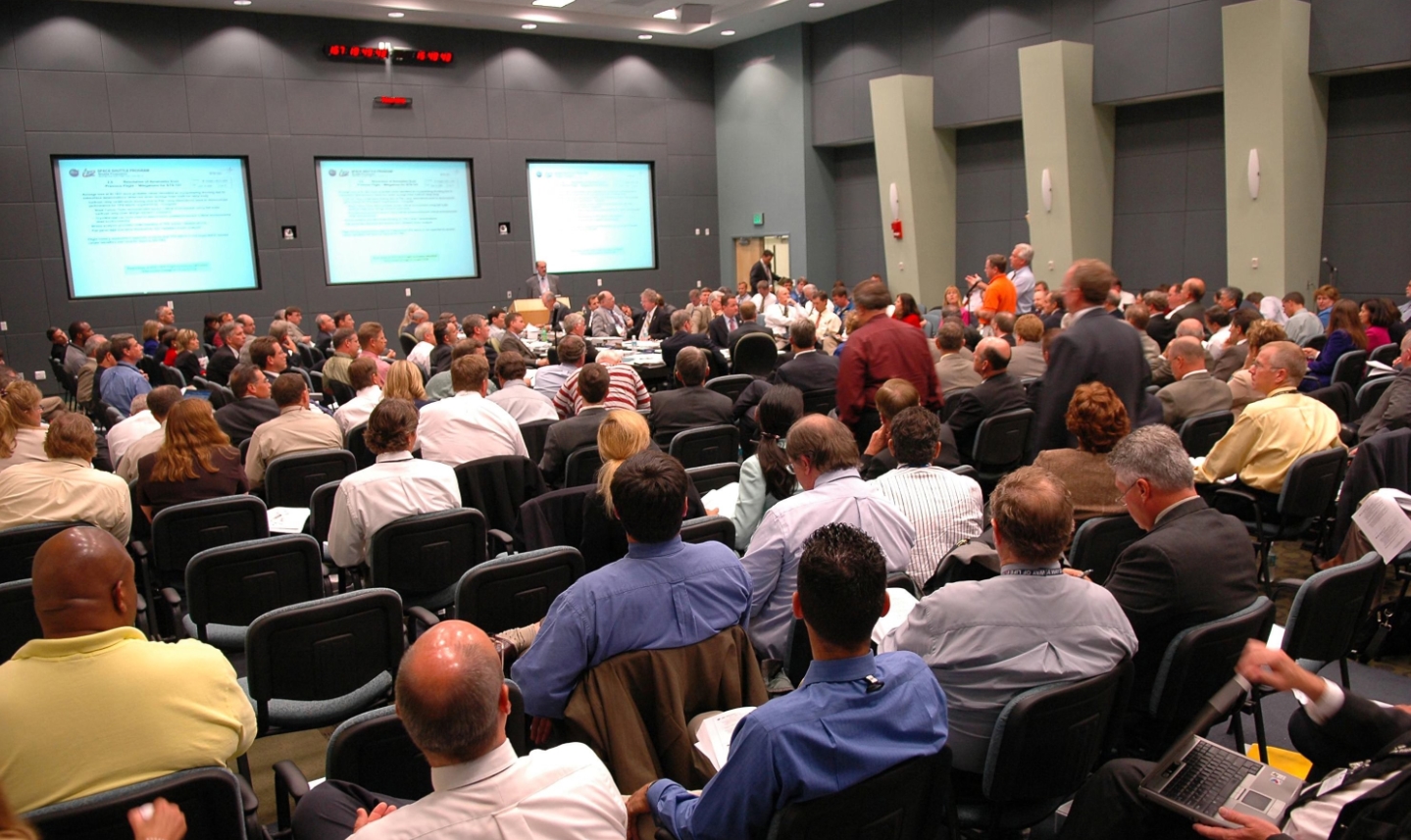 A rare view inside a SSP FRR – via NASA

Once that review was passed, the final hurdle was the Agency-Level FRR, which took all the findings of the previous FRRs, most notably the Shuttle FRR, and reviewed them with NASA HQ and ISS partners. This would lead to final polling at the end of the meeting to provide the mission a “go” to proceed to the launch date.

Normally, “Action Items” found during the previous FRRs would have been cleared by the time of the Agency FRR. However, if one of the FRRs suffered from a “no go” during polling, the option to reconvene was provided by the Delta FRR.

The FRR process for DM-1 was more streamlined, with far fewer entities involved with the vehicle side of the reviews. SpaceX held its own internal FRR, which provided the equivalent of the Shuttle-level FRR.

Friday then overviewed SpaceX’s FRR while adding the ISS and NASA Commercial Crew elements for an overall Agency-level review. This meeting wouldn’t have been called had major issues been found during the previous reviews. As such, it was unsurprising the meeting proceeded smoothly.

The Demo-1 Flight Readiness Review has concluded. The Board set March 2 at 2:48 a.m. EST as the official launch date for @SpaceX's flight to @Space_Station. #LaunchAmerica https://t.co/2DIJ99guG2 pic.twitter.com/86lV29gVNS

William Gerstenmaier, Associate Administrator for Human Exploration and Operations at NASA Headquarters, led the meeting as he did with the Shuttle Agency FRRs. The senior SpaceX official at the review was Hans Koenigsmann, Vice President for Build and Flight Reliability.

The review involved over 100 people from across the agency and at SpaceX, with overviews provided by Kathy Lueders, manager for the Commercial Crew Program, and Kirk Shireman, manager for the International Space Station Program.

The review not only covered the readiness of flight for the SpaceX Crew Dragon spacecraft, but also the readiness of the Station program and international partners to support the flight during the current mission, Expedition 58, and the certification of flight readiness.

By the mid-way point, a NASA update noted that the FRR was also discussing DM-1’s data gathering process to aid the crewed DM-2 flight.

“SpaceX, International Space Station (ISS) Program, and Commercial Crew Program managers reviewed the work their teams have done to be ready for the Demo-1 launch. They went through snapshots of various items reviewed and closed to meet requirements for the flight test,” noted NASA.

“The board had a good discussion with the SpaceX, Commercial Crew and Station engineering communities regarding the flight plan and redundancies built into the spacecraft systems and procedures. They additionally discussed how the data from this flight test that will be important for the next flight of Crew Dragon with NASA astronauts Bob Behnken and Doug Hurley aboard.”

The mission objectives for this flight test, also referred to as Demo-1, are to demonstrate end-to-end operational performance of the Falcon 9 rocket, Crew Dragon spacecraft, and ground systems, as well as in-orbit, docking, and landing operations.

Ground systems include the improvements made to Pad 39A at the Kennedy Space Center (KSC), which will also gain an Emergency Egress System (EES) to allow pad crews and astronauts to depart the pad in the event of a serious issue.

Work has created the allowance for the Shuttle-era Slidewire System to be raised higher up the pad’s Fixed Service Structure (FSS), which has also undergone improvements in both function and aesthetics.

A new Crew Access Arm (CAA) was also installed on to the FSS, which was tested during the DM-1 Static Fire test earlier this month.

A problem with 39A’s LOX storage sphere had threatened a lengthy repair schedule when internal inspections noted some buckling inside the Shuttle heritage tank.

Two options were available, one to cut into the tank to repair it – which would have required a long down period – and the other to use a technique to “pop” the internals back into shape, a trick used via a similar issue during the Apollo program. The latter worked as the tank proved to be issue-free during the DM-1 Static Fire test prop load and detanking. 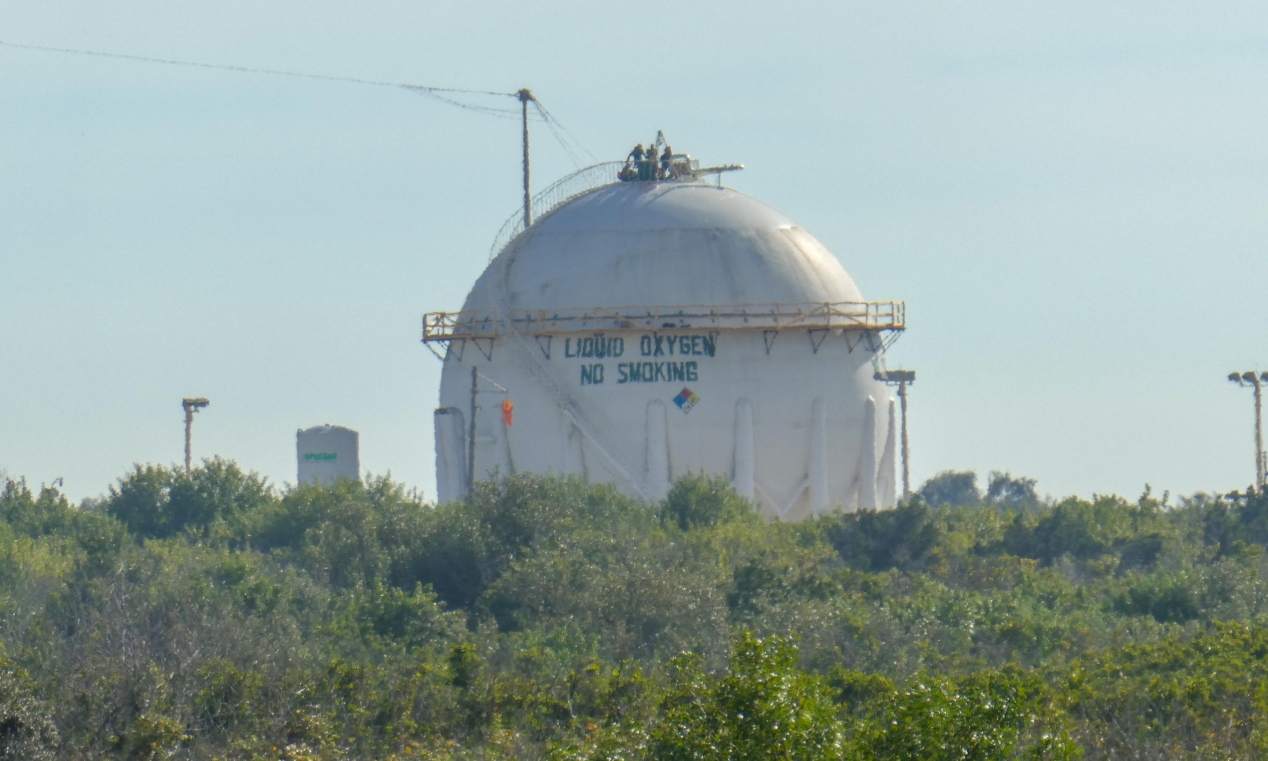 Systems under review also include those items required for a smooth journey to the ISS, such as on-orbit operation of the Crew Dragon’s avionics system, docking system (first docking to the IDA), communications/telemetry systems, environmental control systems, solar arrays and electrical power systems and the propulsion systems.

The test flight will demonstrate the performance of the guidance, navigation and control systems of the Falcon 9 and Crew Dragon through ascent, on-orbit, and entry.

Despite the positive outcome of the FRR, numerous objectives need to be achieved before the crewed DM-2 flight. Major post-flight reviews will be conducted once Dragon 2 has returned home, all of which will play into the same FRR process for DM-2.

Following the flight, teams will assess acoustic and vibration levels, and loads across the Crew Dragon exterior and interior.

Laying back in a seat poking at mock controls. Plenty of room for 4 in here. pic.twitter.com/E0xV1ihQWO

The flight test will provide valuable data NASA will review as part of the process to certify SpaceX’s crew transportation system as safe for carrying astronauts to and from the Space Station.

The process of aiding Dragon 2’s successful debut will continue over the coming days, as exemplified by Surveillance Lead Kathy Malnick who is heading to SpaceX next week to provide assurance the mission software NASA CCP providers, SpaceX and Boeing, are using is both reliable and the safest it can be.

Malnick, a senior systems engineer for TMC Technologies of West Virginia (TMC), leads the local contractor team as part of SAIC’s Systems and Software Assurance Services (SAS) contract. On Feb. 25, she will travel to SpaceX headquarters in California to perform another in a series of space-flight software audits on the Demo-1 test flight.

“I’ll be part of a NASA team conducting another in a series of audits assessing how SpaceX engineers wrote the mission software to be used in the ground and flight systems for their CCP flights,” Malnick explained. “Essentially, I’m making sure the processes they (SpaceX) used to build that software are as robust and consistent as possible which is a key factor in producing high quality, reliable software.” 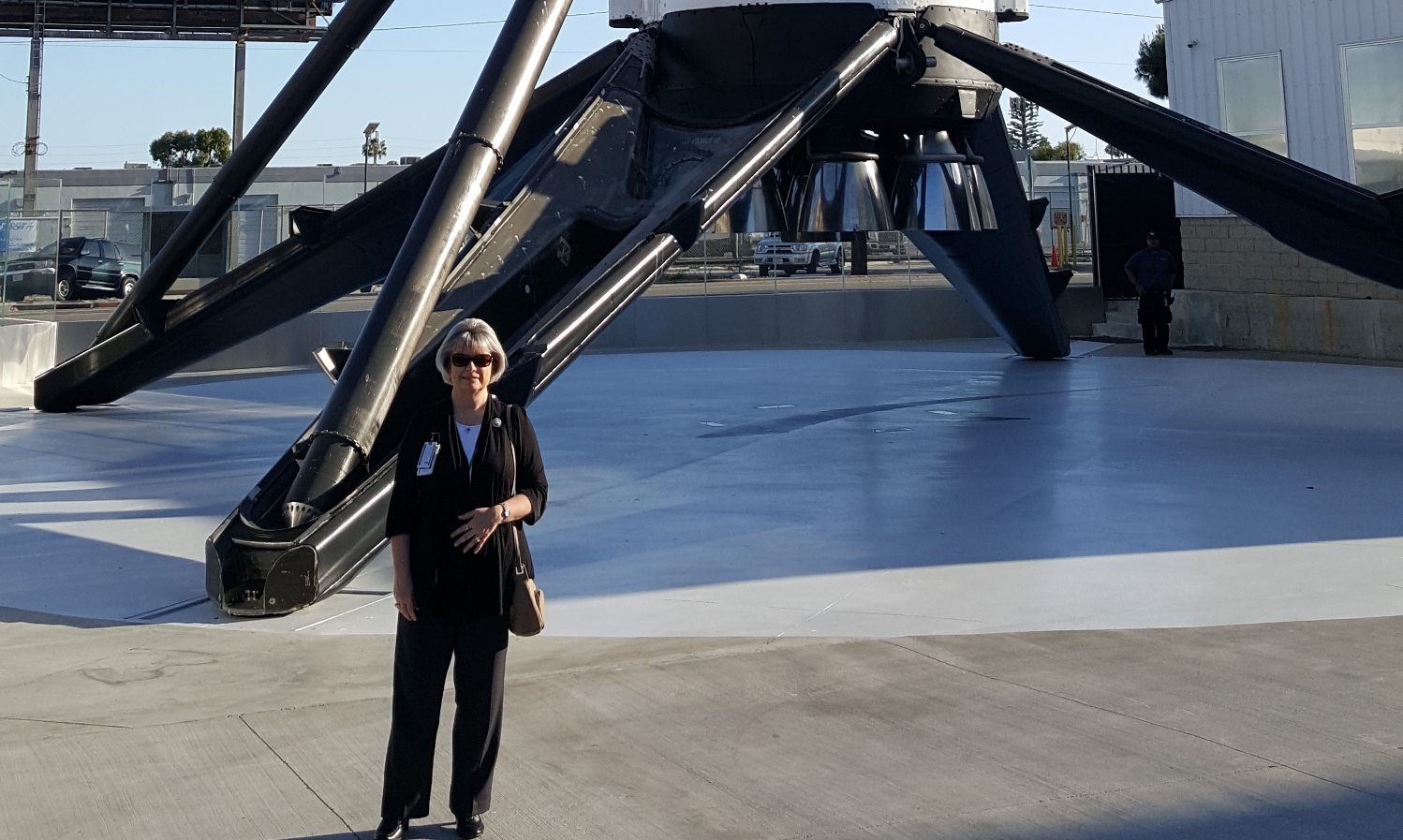 Malnick, who works at the NASA Katherine Johnson Independent Verification and Validation (IV&V) facility in Fairmont, WV, as part of SAIC’s Systems and Software Assurance Services (SAS) contract, has been the NASA CCP Software and Mission Assurance surveillance lead for nearly six years.

She is responsible for performing provider process documentation assessments as well as software process audit planning, preparation, onsite and post–audit support for the upcoming, March 2 SpaceX Demo-1 launch, the Boeing Orbital Flight Test in April, and both companies’ crewed test flights scheduled for later this year.

“Kathy Malnick’s work will make sure the mission software is as safe as possible, ultimately protecting the lives of our brave astronauts,” Linger added.