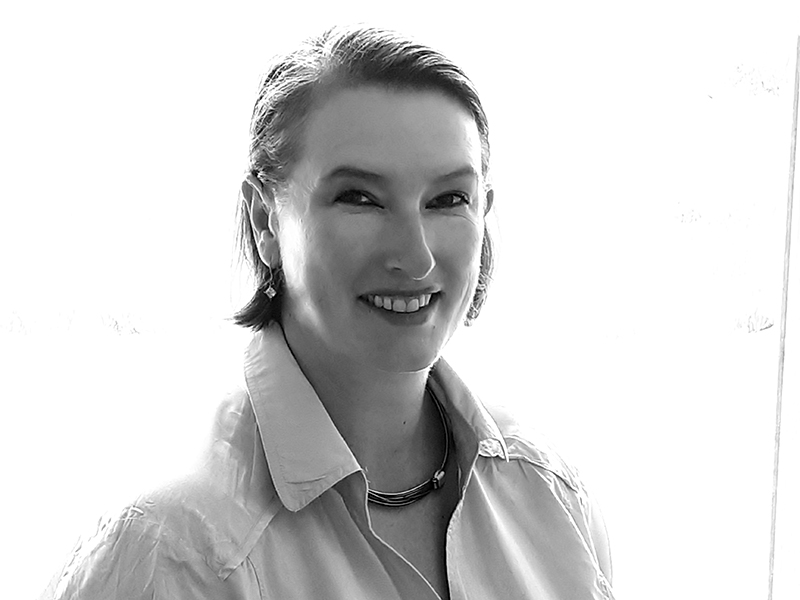 Providing broadband services in Africa has always been a key focus for the satellite industry, given the lack of terrestrial infrastructure and the opportunity to bridge the digital divide in developing economies. For service providers, there are many unique dynamics at play. In an exclusive interview, Via Satellite talked to iWayAfricaWholesale Very Small Aperture Terminal (VSAT) Division Managing Director Michèle Scanlon about the company’s plans to bring broadband to more people across Africa. She also speaks to how the market is shaping up for satellite broadband over the next few years.

While iWayAfrica is involved in many exciting projects, Scanlon warns that until we see large reductions in pricing or innovative financing approaches for the required end-user satellite modem that typically starts from $170 — with a further $300 in consumables and installation fees — the utopian goals of mass-scale satellite broadband penetration in Africa may be limited, despite the influx of new capacity.

VIA SATELLITE: Could you tell us about iWayAfrica’s plans to serve the broadband markets in Africa? What is the demand like for satellite broadband across the region?

Scanlon: IWayAfrica has been operating in Africa for over 25 years and in many markets, we were the first registered Internet Service Provider (ISP). The foundation for providing connectivity services then was satellite, and while our ISP operations have since invested in other technologies to include fiber services and wireless networks, satellite continues to be a core service offering.

In fact, we are seeing increasing demand for VSAT services driven by the arrival of High Throughput Satellite (HTS) capacity over Africa. Satellite remains a key element of the iWayAfrica Group’s approach to unlocking connectivity on the continent where over 70 percent of the population remains unconnected — despite large investments by governments and private sector players in fiber and other terrestrial services. Once thought destined to be obsolete, as mobile and fiber networks were ever increasing penetration in Africa, HTS services are proving they can deliver on today’s customer expectations for high-speed, affordable connectivity in areas where even mobile networks do not reach.

VIA SATELLITE: What are your demands for satellite capacity? What was the importance of the recent deal with Avanti?

Scanlon: As a wholesale VSAT provider, iWayAfrica has worked successfully with Avantisince 2014 for its Hylas 2 services in East and Southern Africa. Its recent appointment as an Avanti Master Distributor is a natural extension of the two parties’ existing relationship bringing even faster broadband services to the rest of Africa.

The importance of Hylas 4 to Africa is the near ubiquitous coverage of Sub-Saharan Africa that it provides. Previously, HTS Ka-band services were not able to deliver ubiquitous coverage of the continent, rather focusing on key areas for coverage. With Hylas 4, we are excited to take Avanti’s high-speed service plans to West and Central Africa for the first time. We are actively engaged with our partner network to bring these services online, as well as extending our reach in the region even further to new partners and new territories.

VIA SATELLITE: What impact do you think satellite broadband can have in Africa compared to terrestrial and wireless technologies?

Scanlon: As elsewhere in the world, Africa is seeing an increasing reliance on internet connectivity for all aspects of working and social lives, with governments striving for new digital economies and its associated economic benefits. Everyone wants to be connected, yet in Africa, huge coverage gaps, poor quality of service connectivity, and high equipment costs remain constraints on the ability to drive market penetration. Satellite is often the only means of delivering broadband connectivity, even if used for mobile backhaul to bring 3G services to remote areas, or as a central point for connectivity in a village.

We are engaged in several exciting community Wi-Fi projects bringing broadband connectivity to groups of users who have had limited internet exposure — either through lack of coverage, or lack of suitable access devices. We are running these projects on our Jupiter platform with Intelsat’s IS-28 wide-beam capacity. The containerized kiosks offer Wi-Fi as an additional service alongside the daily business of the kiosk. Some are retail shops, while others are energy distribution points with our partner, Winch Energy. The initial Winch Energy pilot site in Uganda is located in a fishing village on the shores of Lake Victoria. The wholly solar powered JOLAspot service provides Wi-Fi connectivity across the village with vouchers sold by women agents, while the additional power generated by Winch Energy powers device charging facilities, a printer for photocopying and print services, as well as a fridge selling the only cold drinks in the village. The next phase is to expand the site to offer micro-finance online banking facilities to the community that require both power and connectivity. This single VSAT site showcases the impact of satellite broadband connectivity in areas where there is no alternative connectivity means, nor likely to be.

VIA SATELLITE: There are a lot of new constellations being launched over the next few years, particularly in Low Earth Orbit (LEO). Do you think these will have a strong impact in terms of broadband in Africa?

Scanlon: As a category, LEO satellites are certainly destined to be a disruptor in the marketplace. Not just for broadband access, but for wider applications as we evolve into the world of Internet of Things (IOT), where more time critical, lower latency services could be required. Pricing on end-user equipment may once again be a challenge to markets in Africa, as well as regulatory approvals. Many African markets still penalize service providers and customers with high annual license fees for every VSAT site deployed.

VIA SATELLITE: Could you tell us about your plans to invest in new markets? How do you assess the data markets in Africa and serve businesses in the region?

Scanlon: IWayAfrica is already investing in new markets, especially West and Central Africa, through establishing new distributor channel partners for VSAT growth. We already have our own licenses in eight markets and are open to new license opportunities to expand our footprint even further.

VIA SATELLITE: What are the major challenges and obstacles for the successful rollout of satellite broadband in Africa?

Scanlon: Customer Premises Equipment (CPE) equipment pricing remains among the biggest obstacle to growth. Despite the phenomenal increase in satellite capacity over Africa that has triggered substantial changes in capacity pricing, we have not seen the same, if any, price improvement on VSAT modems over the same period. This is the single largest challenge we take every year to our modem and capacity partners to help us resolve.

Until we see large reductions in pricing or innovative financing approaches for the required end-user satellite modem that typically starts from $170 (with full price kit from $400 inclusive of antenna and radio frequency units) with further $300 consumables and installation fees, the utopian goals of mass-scale satellite broadband penetration in Africa may be limited.

Another interesting challenge is the evolving customer expectation. While we still face legacy perceptions in many markets on VSAT being slow, requiring large antennas or being expensive, the new VSAT customer wants super-fast, affordable connectivity with speedy installations on small devices. They are just like any other demanding internet consumer. VSAT is merely a means of how they want to — or need to in specific areas — get access to internet. That’s why in our retail VSAT brand, Jola, we make no reference to satellite in its naming conventions. Jola is a fun, fresh brand for broadband services. It is African in origin and evokes the freedom of new adventures. Our aim is to bring broadband happiness to Africa.

We launched the Jola broadband service in December 2016 for sub-Saharan Africa, bringing flexibility and affordability on Ku-Band service plans on IS-28 for consumer and SME segments. With the IS-28 service, we broke the typical linear approach on speed and data cap for broadband service plans, by enabling a flexible pick and mix approach of the customer choice of speed and cap. The new Hylas 4 services available on Jola are an extension of those same key service elements of bringing broadband happiness to Africa with even faster speeds.

VIA SATELLITE: How important will satellite broadband be in enabling economies in the region?

VIA SATELLITE: Finally, what are the major challenges facing iWayAfrica as it looks to implement a broadband strategy?

Scanlon: I have already mentioned the high cost of end-user VSAT equipment as our major challenge to market. We are confident that competitive forces will drive bandwidth pricing even lower, but we are yet to see a parallel movement in the modem pricing. Another often overlooked challenge is end-user access devices. Once a community or premise is connected, the African broadband customer might not actually have regular access to a device with which to leverage this new connected world. For instance, in Rwanda, we saw teachers with donated laptops, but no connectivity at the school. While in other markets we see free connectivity, but no Information Technology (IT) labs or affordable Wi-Fi-enabled smartphones. So, our next challenge is enabling African broadband users to have access to reliable and affordable access devices.

The post IWayAfrica Exec Warns of Satellite Equipment Costs in Africa appeared first on Via Satellite.