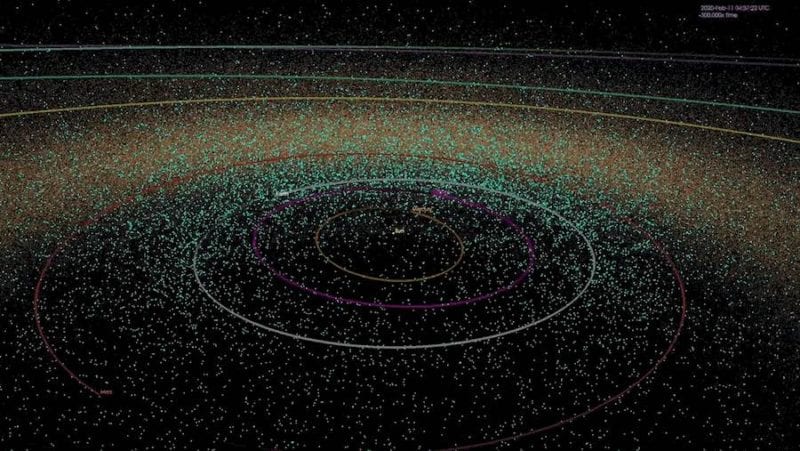 The map depicts the locations of known asteroids, including ones whose orbits come close to that of Earth. Photo: NASA/JPL-Caltech

Far behind schedule in its congressional charge to find nearly all the Near-Earth Objects (NEOs) that could pose an “existential threat” to the U.S., NASA is seeking advice on the technology options for a proposed space-based telescope dedicated to the search.

NASA officials emphasized the need for the satellite, designated the Near Earth Object Camera (NEOCam), at a Dec. 19 meeting of a National Academies of Sciences, Engineering, and Medicine committee on NEO observations. Even with NEOCam, meeting a congressional mandate to locate 90% of near-Earth objects that are 140 meter or larger in size is expected to take until 2034 at the earliest — well past the 2020 deadline established in the 2005 NASA authorization act.