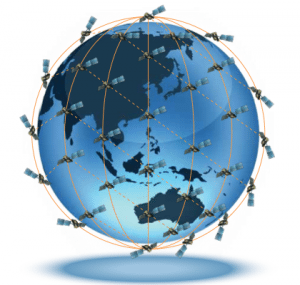 Iridium Certus will provide high-speed mobile data coverage across the entire Earth, connecting oceans, deserts, airways and polar regions. Using the new constellation, Iridium Certus will eventually offer users data speeds of up to 1.4Mbps while on the move, using lightweight, small form factor antennas that can be mounted on virtually any vehicle or asset, according to Iridium.

Regional emergency services will be among the first to benefit from Iridium Certus, by keeping remote officers within rural fire, ambulance and police connected with high-speed data services on compact mobile devices while in the field and on the go.

Global Marine Networks Chief Executive Officer (CEO) Peter Bolger said the enhanced satellite constellation provides consumers living and working in rural and remote areas of the world the ability to leverage the industrial internet. “We are excited by the new opportunities Iridium Certus will bring to the telecommunications industry, particularly for enterprises, governments and individuals operating in rural and remote areas. The productivity and safety benefits that will flow from Iridium Certus will help secure the future of many regional businesses,” Bolger said. “As a licensed service provider focused on remote communications and mobile satellite, we will play a pivotal role in bringing Iridium Certus to our direct customers in North America, Australia and New Zealand.”To date, there have been four successful Iridium Next launches, with four additional launches planned for 2018 with SpaceX. Iridium Certus is planned for commercial availability in mid-2018.