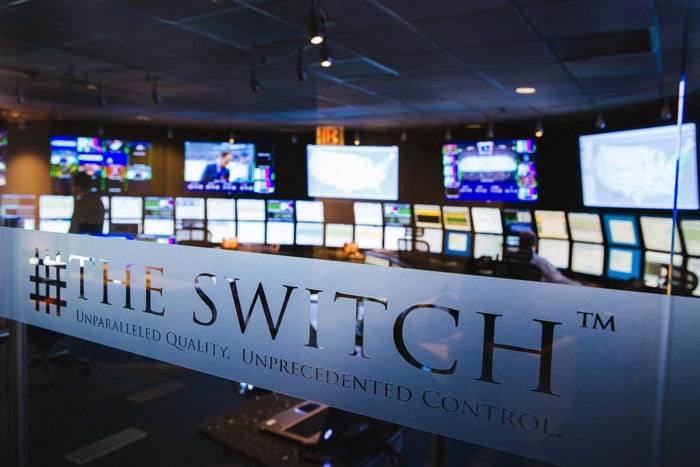 The Switch and Eutelsat partnered to deliver a satellite and fiber video contribution network. The partnership will provide The Switch’s user community (consisting of 800 content producers and distributors) the ability to transmit feeds on a minute-by-minute basis to and from large parts of the globe. Simultaneously, broadcasters and content producers within Eutelsat’s satellite footprint will gain access to The Switch’s global fiber network, including 53 physical points-of-presence, as well as connections to U.S. technology leaders, major global broadcasters and more than 180 sports organizations, venues, and rights holders.

This partnership leverages the resources of three Eutelsat satellites covering Europe, Africa and the Americas (further satellites may be added in the future to extend the reach of the solution), with The Switch’s global video transport network. Customers will be able to schedule transport to and from each region via SwitchIT, The Switch’s customer-control software platform. The integration of The Switch and Eutelsat systems aims to enable customers to deliver their content faster, more smoothly, and to more regions around the globe.

Over the past year, The Switch has invested heavily in expanding its network, products, and services internationally. This includes the launch of The Switch Access, a broadband Internet Protocol (IP) connection aiming to enable low-cost connectivity from anywhere in the world, and the addition of strategic partnerships on several continents.

The post Eutelsat, The Switch Partner to Deliver Global Satellite and Fiber Network appeared first on Via Satellite.