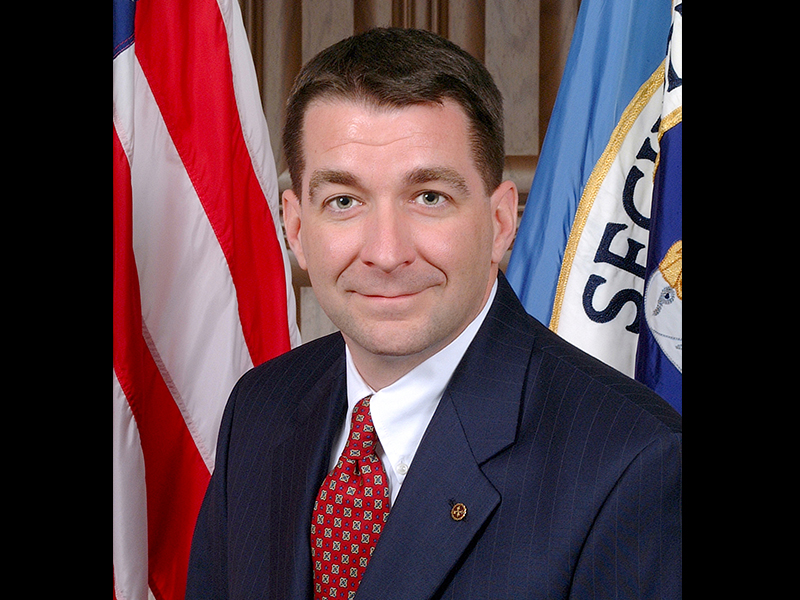 United States Cyber Command (USCYBERCOM) Executive Director David Luber sees increasingly dangerous cyber-attacks on satellite systems and believes that greater collaboration between government and industry will be required to counter threats. “It is a team sport now,” said Luber. “We must continue to have these public private sector partnerships as we look to innovate the military space. We need to work more intensively together.”

During his keynote address at the CyberSat Summit in Pentagon City, Va., Luber said the threats now faced by the satellite sector have moved beyond exploitation and disruption, to some cases just disruption, and even corrosion. “There are threats to our critical infrastructure, malign influence operations, and more,” he said. “There are a number of articles you can read about “Wannacry” cyber tools being repurposed. Adversaries are looking to steal data and intellectual property to gain a competitive edge and eroding the bonds the trust between Western Allies. Adversaries are engaged in continuous strategic campaigns to gain an advantage, threaten critical infrastructure and close gaps when it comes to technology and weapons systems.”

Luber said while these attacks were going on, the U.S. Department of Defense is focused on building resilient architectures, and providing capabilities to Joint Force Commanders, no matter what the threat is. He said the United States government must work with its commercial industry partners to create and build and maintain satellite capabilities, with cybersecurity in mind from the beginning. “It cannot be the afterthought,” he said.

Resilience in space was a key theme of his comments. He added, “There is a broad spectrum of threats for the satellite community, ranging from the jamming of signals to hitting critical ground system infrastructure. We need to be resilient in space, and the architectures need to be resilient so that we can ensure critical interoperable space capabilities. Having resilient satellite systems is vital for maintaining critical missions in an area of increasingly sophisticated cyberspace threats. Resilience means we can provide the necessary capabilities to our forces around the world, even in a contested or degraded space.”

Luber called for a proactive approach to dealing with cyber threat and said USCYBERCOM was not going to just watch and wait for an attack to happen. He said they be persistently engaged in cyberspace and that is part of its effort today. He spoke a lot about the importance of Persistence engagement and how this keeps the United States Armed Forced better engaged, and in a higher state of readiness and more agile and capable. “Persistent engagement increases the cost for adversaries to do cyber operations. The government has a responsibility to act against threats as they emerge, not solely in reactionary mode. Persistent engagement is both offensive and defensive. About two thirds of our persistent engagement today is defensive. This allows us to learn our adversaries’ intentions, capabilities and vulnerabilities. It allows us to posture to anticipate their behavior. It improves the DoD’s ability to defend critical networks, weapons systems etc. Bottom line, persistent engagement is bolstered by continual presence and innovation.”

Luber admitted that the U.S., along with its allies, is now involved a global innovation race. He talked of how the whole cyberspace eco-system is continuing to change and evolve. He said, “We have 5G on the horizon, the proliferation of the Internet of Things (IOT) and the massive increase of data collection, machine learning as well as new things like Artificial Intelligence (AI) and quantum research. This brings great opportunity. But, adversaries are trying to take advantage of this.”

The U.S. will leave no stone unturned as it looks to secure its capabilities going forward. The ability to team with the defense and industrial base is absolutely critical, according to Luber. “We also have to be thinking about our supply chain. When you think about our warfighting capabilities, like technologies in the civilian sector, we rely on a number of complex components that are manufactured across the world. This global supply chain is vulnerable. We must make sure that warfighters are not disadvantaged by adversaries that seek to diminish these capabilities.,” he added.

Today and tomorrow’s conflicts are not necessarily going to happen on the traditional battlefield, as more and more conflicts will be happening in cyberspace. Luber admitted how things are changing. “Today’s cyberspace offers state and non-state actors the ability to wage campaigns against American economic, political and security interests while never crossing a border. Adversaries are waging strategic campaigns, stealing our intellectual property, leveraging our personal identifiable information and attempting to disrupt elections, and sowing distrust. The strategy is to intrude into our networks, take our intellectual property, and as they do this in a repeated fashion, it becomes a targeted, focused effort against the United States and our Allies. They (our adversaries) operate in a great power competition against us, but never above the threshold.”

The comments from Luber were particularly pertinent given that earlier in CyberSat, the chairman of Momentum Cyber, David DeWalt, and key cyber influencer in a fireside chat with Bob Gourley, Co-Founder and Chief Technology Officer (CTO) of Crucial Point said he worried a lot about the cyber threat to satellites, and it was the one of the verticals that most concerned him going forward. While the industry is no doubt seeing more and more cyber threats, it has so far proved robust dealing with them. However, as Luber pointed out, the industry is now involved in a team sport, and this is one battle it is going to need to win.

The post Top USCYBERCOM Official Talks Threats to Satellites at CyberSat appeared first on Via Satellite.