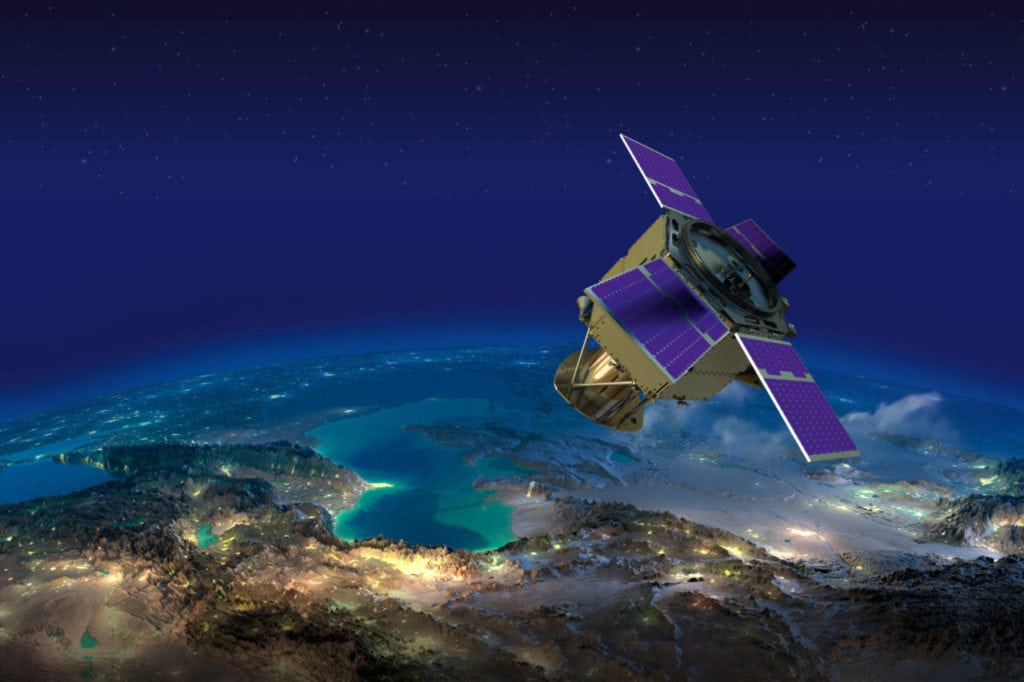 This mission was performed along with Japan Aerospace Exploration Agency‘s (JAXA) Greenhouse gases Observing Satellite-2 “Gosat-2” satellite, in which the separation of the Gosat-2 satellite was also confirmed 16 minutes after liftoff.

KhalifaSat is the first national satellite manufactured by the UAE, thus the mission should prove to be a great step towards UAE’s mid-and-long term plans in government space activities and industries. Additionally, MHI holds the launch service contract for the Emirates Mars Mission (EMM) spacecraft –planned to launch in 2020 – through which it hopes to build upon a strong and lasting relationship with the MBRSC and UAESA (UAE Space Agency).