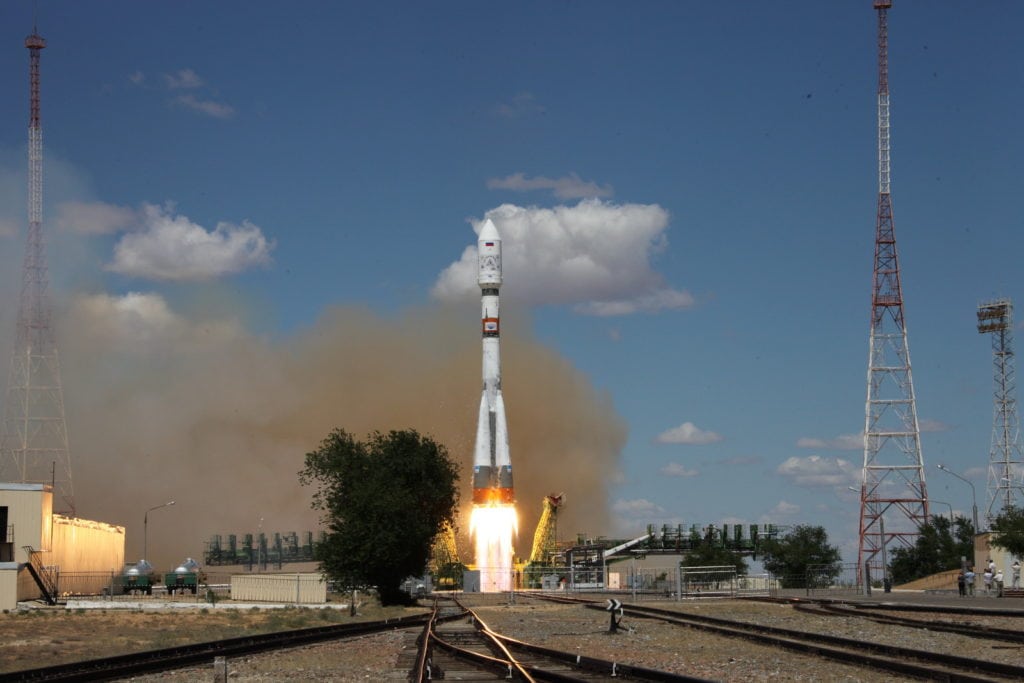 Russia’s Roscosmos space agency successfully launched a Soyuz 2.1B rocket from its Plesetsk launch facility on October 25 carrying a Russian military satellite. The Soyuz launch was the first since Russia aborted a manned mission from the Baikonur cosmodrome to the International Space Station on October 11, during which two astronauts were forced to eject from their Soyuz-FG rocket and make an emergency landing.

Roscosmos established a commission to investigate the failed launch and will announce the results of its inquiry on October 30. The agency has suspended manned Soyuz rocket launch operations until the investigation is concluded.

The successful Soyuz military satellite launch was Russia’s third from the northern Plesetsk launch pad . The mission was originally scheduled for October 19 but was delayed due to the October 11 launch failure. The Russian Ministry of Defense said it will start using newer Soyuz-2.1 series rockets for launches to the ISS starting in 2020.

The post Soyuz Returns to Space After ISS Launch Failure appeared first on Via Satellite.