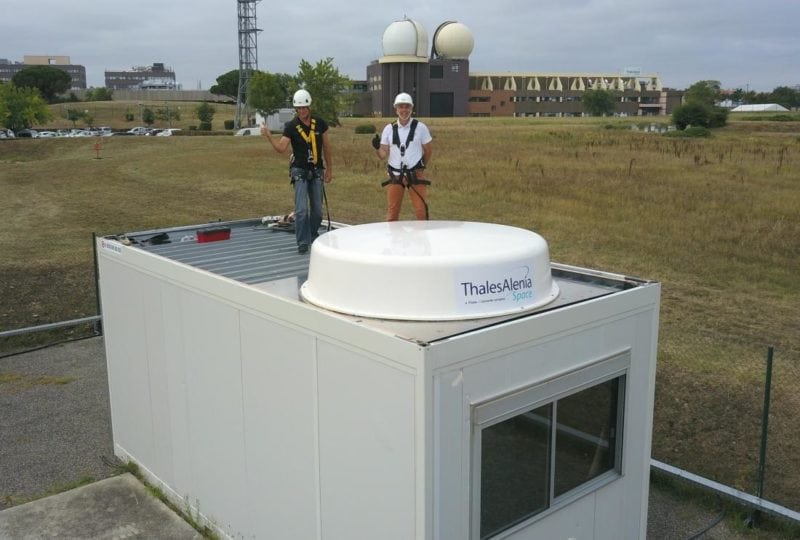 Thales Alenia Space has won a key new contract from the European Commission (EC), the company announced October 9. The contract will see Thales develop and build an operational ground station on La Reunion Island to track Global Navigation Satellite System (GNSS) satellites in Medium Earth Orbit (MEO). The ground station will receive and process 406 MHz distress beacon signals from the MEO satellites being tracked, and relay them to the SAR/Galileo network via the French Mission Control Center (FMCC) at the CNES facility in Toulouse. The contract also included the procurement of the best possible hosting site for this ground station.

The contract includes one MEOLUT (Medium Orbit Local User Terminal), engineering support and maintenance services for one year, and the hosting site on La Reunion Island. Using Thales Alenia Space’s MEOLUT Next phased array solution, the EC and GSA (European GNSS Agency) will improve their contribution to the Cospas-Sarsat system.

This MEOLUT Next will enhance the Commission’s contribution to the Cospas/Sarsat Search and Rescue system by extending its coverage in the South Indian ocean, contributing to worldwide coverage. It complements the three MEOLUTs that are already deployed around Europe, in Larnaca (Cyprus), Maspalomas (Grand Canaria) and Spitzbergen (Norway) and are under responsibility of the GSA.