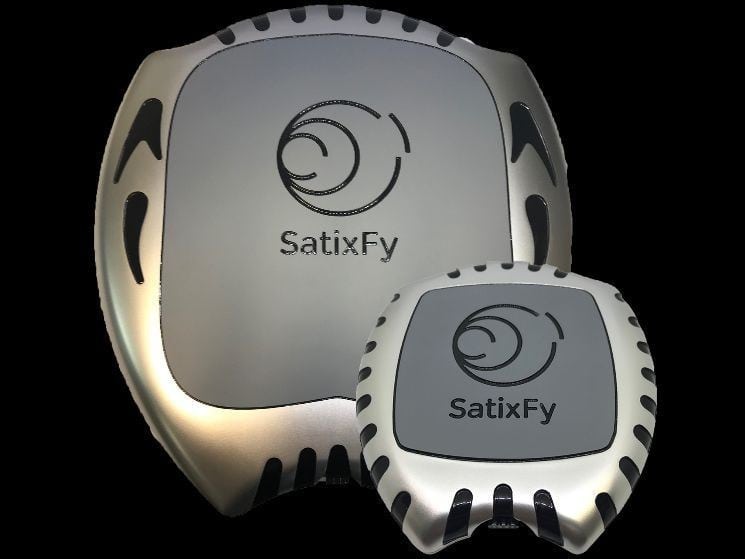 SatixFy UK has introduced its full Electronic Steered Multi-Beam Array antennas (ESMA). The scalable architecture supports any antenna size up to 1 million elements (in Ku band 10m by 10m), any frequency through a dedicated RFIC, any polarization including circular and linear simultaneously, any shape including conformal arrays and up to 32 beams both in receive and transmit, according to the company. The antenna, based on a fully digital beam-forming technology, supports an instantaneous bandwidth of more than 1 GHz and works in both TDD and FDD modes. Expected array efficiency is better than 70 percent. The antenna includes an Antenna Control Unit (ACU), self-calibration capabilities, and on-chip trigonometric calculator for fast tracking and beam steering. The antenna supports any external modem through L-band interface.

ESMA antennas use less power based on waveform duty cycle. If there is no traffic, no power will be needed from the antenna, such as in DVB S2X time slicing (Annex M). With its integrated modem, the antenna supports various operational modes such as TDD (half duplex) and FDD (full duplex) and very fast Acquisition and Tracking. The SatixFy baseband chip can also serve as an additional DVB S2X overlay. SatixFy’s next generation 1GHz baseband chips will enable the simultaneous use of eight beams and eight modems out of a single antenna, through a single modem chip and a single Ethernet port providing both data and control.