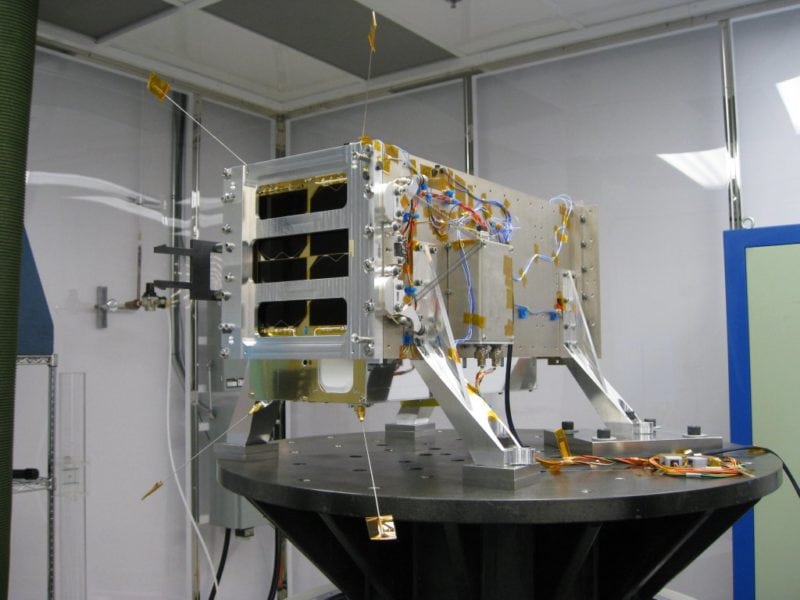 GHGSat-D during vibration testing, ahead of launch. Source: GHGSat

GHGSat, a company providing global emissions monitoring services, raised $10 million in Series A2 financing led by OGCI Climate Investments. Building on GHGSat’s work in detecting and quantifying greenhouse gas emissions from industrial facilities around the world, the company will use the new capital to accelerate commercialization efforts, expand its custom analytics services for its growing customer base, as well as fund the launch of an additional GHGSat satellite.

GHGSat’s Series A2 funding round includes financial backing from OGCI Climate Investments, Schlumberger, Space Angels, and the Business Development Bank of Canada. To date, GHGSat has raised over $20 million, including financing from the governments of Canada and Alberta.

In 2016, GHGSat launched GHGSat-D — the world’s first satellite designed to measure greenhouse gas emissions from industrial facilities around the world. This demonstration satellite will be followed starting in 2019 by two new satellites, as well as an aircraft sensor. GHGSat uses its technology to offer emissions monitoring and measurement services to several sectors, including oil & gas, power generation, mining, waste management and agriculture.