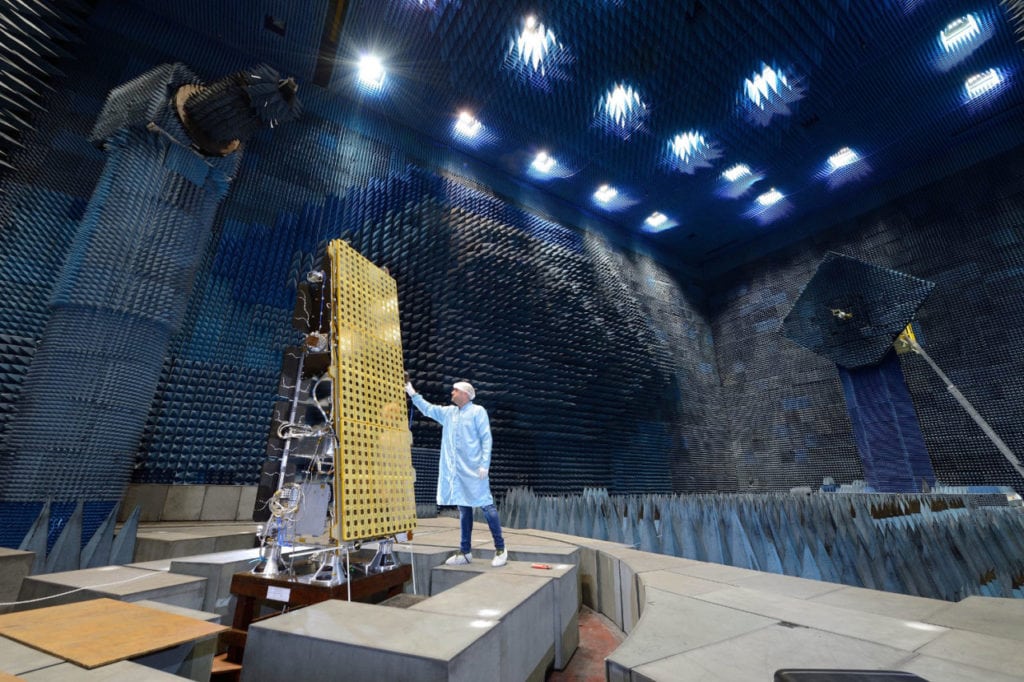 The Indian Space Research Organization’s (ISRO) PSLV launcher has successfully placed the Surrey Satellite Technology Limited (SSTL)-built NovaSAR-1 radar imaging satellite into orbit. NovaSAR-1, which carries an S-band synthetic aperture radar (SAR) built by Airbus, will monitor the Earth uninterrupted, thanks to the ability of the SAR to see through cloud cover.

The UK Space Agency has invested approximately $27 million in the development of NovaSAR-1. The satellite has a dedicated maritime mode designed with a very wide swath area of 400 kilometers to enable marine environment monitoring, and will provide direct radar ship detection information simultaneously with AIS ship tracking data to assist with the identification and tracking of sea-going vessels. The satellite provides high throughput data, and can image in a variety of polarization combinations to add additional information to acquisitions, in the form of ‘color’.

NovaSAR-1 will provide capacity for seven years to mission partners including: the UK Space Agency; the Commonwealth Scientific and Industrial Research Organization (CSIRO) in Australia; and ISRO.