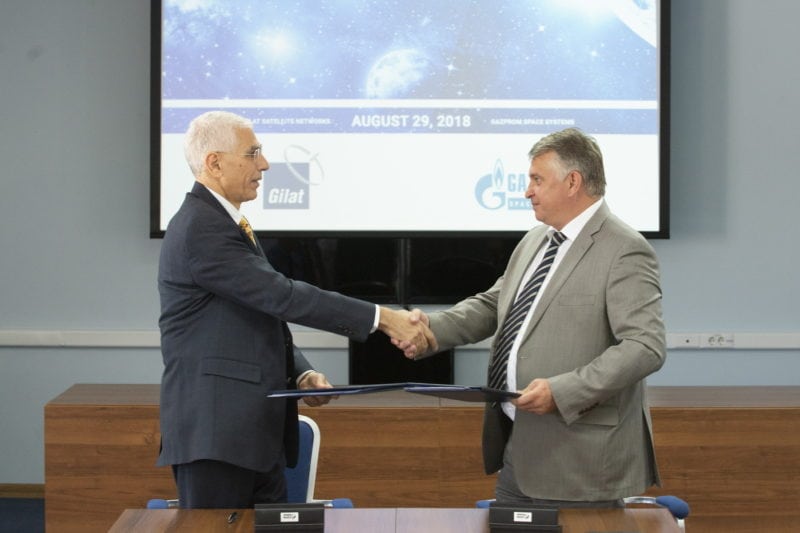 Gilat Satellite Networks has signed an $18 million contract to provide ground infrastructure that Russian satellite operator Gazprom Space Systems (GSS) will use to launch a nationwide broadband network. Gilat will contribute a multiservice platform and user terminals that will operate over Gazprom’s Yamal 601 Ka-band satellite, which is scheduled to launch in 2019. The satellite’s 32 beams will utilize two Gilat SkyEdge II-c gateways that will be installed in Russia’s Central and Siberian federal districts.

Gilat said that the first phase of its Gazprom project consists of gateways for utilizing one-third of the Yamal satellite’s capacity and includes the delivery of tens of thousands of Gilat’s terminals with DVB-S2X technology. Gilat’s Scorpio VSATs will deliver consumer broadband to Russia’s most remote locations, while its Capricorn VSATs will enable corporate connectivity and shared access for rural regions. The company expects the project will be expanded when Gazprom requests additional capacity for further service.

Gazprom and Gilat also signed a cooperation agreement for the joint development of communication projects such as an In-Flight Connectivity (IFC) system, and potential railway transport projects. The agreement calls for IFC coverage over Russia and abroad supported by multiple Ka- and Ku-band satellites from GSS and other satellite operators.

“GSS is pleased to collaborate with Gilat for Ka broadband coverage across Russia and to further extend our partnership to future projects. We chose Gilat’s platform due to its high efficiency and its flexibility to support multiple applications today and tomorrow,” Gazprom Space Systems Director General Dmitry Sevastiyanov said in a statement.

The post Gilat, Gazprom to Collaborate on Russian Broadband Network Development appeared first on Via Satellite.