Expedition 56 Flight Engineers Oleg Artemyev and Sergey Prokopyev of Roscosmos are set to egress the Pirs airlock at around 11:58 a.m. EDT on the latest International Space Station spacewalk, which has been designated VKD-45 (or RS-45). Artemyev and Prokopyev will manually launch four small technology satellites, retrieve material science samples from the hull of the Zvezda service module, and install an experiment called Icarus onto the Russian segment of the space station.

Two cosmonauts suited up inside their Orlan spacesuits for an EVA that is scheduled to last about six hours, with the focus on science and maintenance work. Artemyev and Prokopyev will also toss four tiny satellites into space, install antennas and cables for the Icarus animal-tracking experiment and collect exposed science experiments.

Ahead of the spacewalk, Russian crew members were able to re-install the EVA Helmet Interchangeable Portable (EHIP) Light that had separated from Orlan-MKS #5 during a dry run.

A secure install was verified, however, the use of wire ties as an additional precaution was requested and later installed. 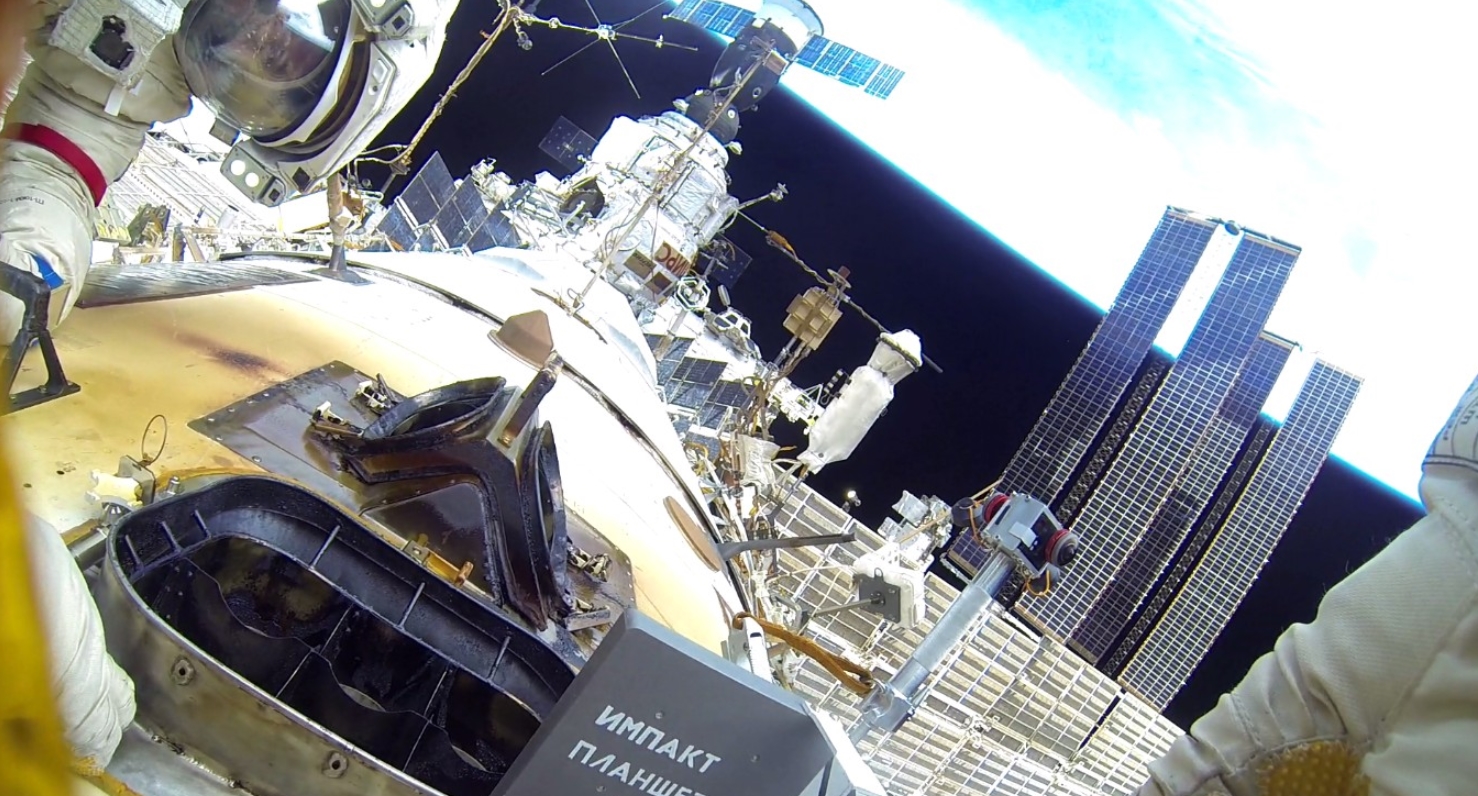 Footage from GoPro raw video acquired in full via L2

NASA astronauts Drew Feustel, Ricky Arnold and Serena Auñón-Chancellor assisted the cosmonauts throughout Tuesday and reviewed their roles for the spacewalk.

Tasks on hand for the spacewalk include conducting panoramic photography of the project known as “Cosmos 360” for Roscosmos, RKK Energia and TV channel “R”, likely part of Roscomos’ continued outreach efforts with the Russian public.

They will also retrieve the space experiment “Environment “- which has been gathering data on microorganisms after it was placed outside on Zvezda a year ago. It is set to return to Earth on Soyuz. They will also perform some sample collection tasks on the “Test” experiment located on DC-1 “Pirs” and MRM-2 “Poïsk”.

A major task involved the installation of the “Icarus” (International Cooperation for Animal Research Using Space) experiment on the external surface of the Zvezda Service Module.

The location for the Icarus payload – via DLR

Icarus is a collaborative environmental experiment between the German Aerospace Center (DLR) and Roscosmos to study the migratory patterns of small animals on Earth. It consists of an antenna and GPS hardware to track the movements of animals that have been tagged with small GPS receivers.

The experiment may provide data about how animals move from one location to another, how animal population density shifts over time, and how diseases spread.

A regular exercise on a Russian EVA will be the manual deployment of hardware, given Russian spacewalker will often toss experiments and even used glove wipes into space, as opposed to bringing them back inside.

However, during this EVA, the “tossing” will be required, as four small satellites will start their mission during the spacewalk.

These four small technology satellites – “Tanyusha-SWSU-3 & 4” and “Siriussat-1 & 2″, are part of the”Radioskaf ” program. 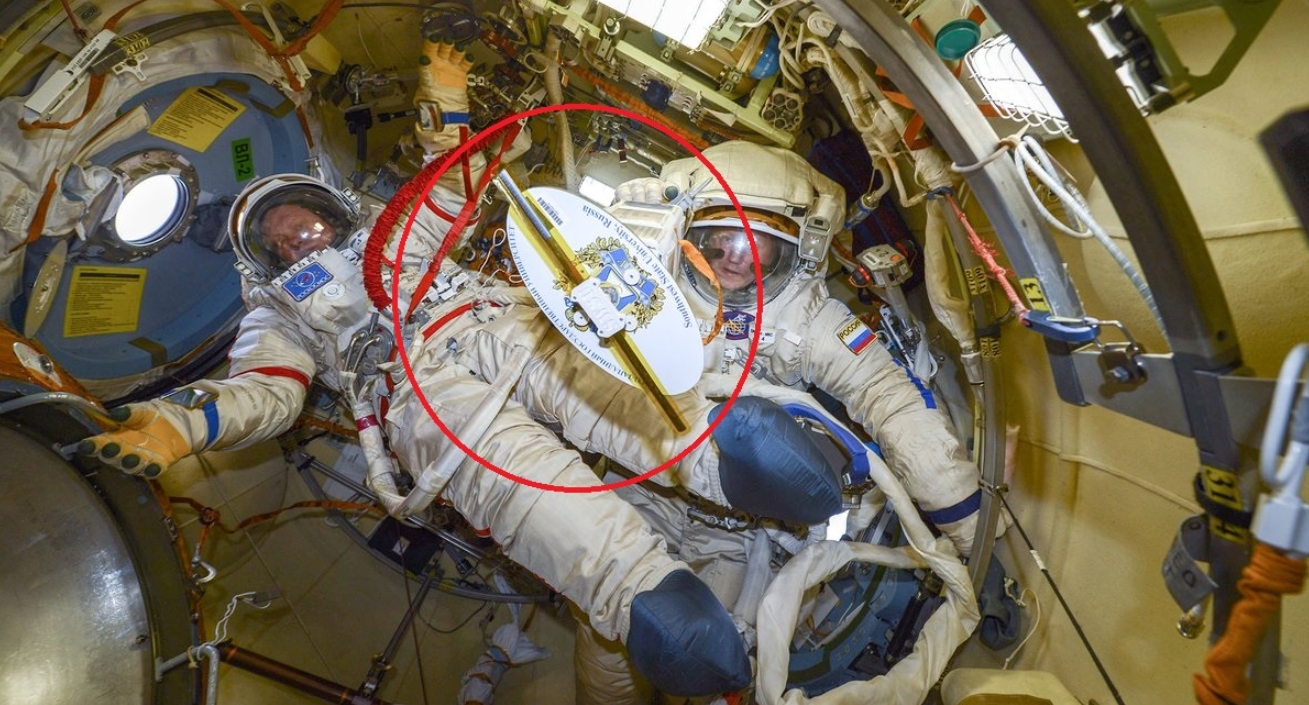 The Tanyusha-YuZGU satellite – via Roscosmos

The Tanyusha-YuZGU, also known as “Tanyusha-SWSU” or “Radioskaf RS”, are small Russian experimental satellites that were developed at the Southwestern State University (SWSU, YuZGU), Kursk. The satellites include parts – mainly their baseline structure – that were constructed using a 3D printer.

Siriussat-1 & 2 are is equipped with a space particle detector for studying “space weather”. The sensor was developed by the Research Institute of Nuclear Physics of the Moscow State University and was assembled with the participation of a group of schoolchildren from the Sirius Educational Center. Each satellite weighs about 1.3 kg.

The next EVAs will be on the US side of the Station, with ESA astronaut Alexander Gerst Feustel and Arnold gearing up for two spacewalks at the end of September to replace batteries on the Port 4 truss structure’s power channels.